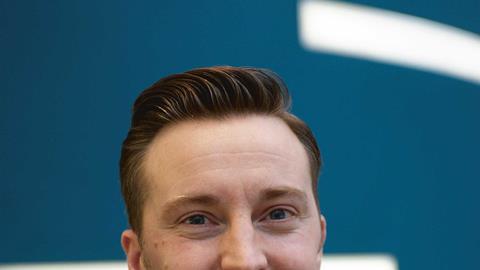 I suspect like many lawyers of my vintage, the initial hook for me was watching LA Law and wanting to be a big-shot trial attorney.

I was very fortunate to be trained at one of Scotland’s premier commercial property firms by a group of partners recognised as leaders in the field.

Dealing with the credit crunch and the resulting collapse of the commercial property market is something I won’t forget in a hurry. Seeing your hard-won client base decimated before your eyes was incredibly difficult on a personal level and equally difficult from a pure business perspective. What I learnt, though, was that even in the toughest economic climate you can regenerate a client portfolio by keeping true to your vision, addressing the market and playing to your strengths.

Perhaps the existence of the separate jurisdictions has served to solidify national identity and preserve the distinct Scottishness that people here tend to feel generally, even if they are pro-Union. Unionists don’t think of themselves as English and the separate legal system is certainly one of the things that has ensured that feeling has persisted.

In the commercial sphere, there is perhaps a disadvantage in that the different systems can add a further layer of administration or complexity that might dissuade some people from doing business in Scotland. But I think this is much less relevant these days given the truly international nature of commerce, and it probably only persists in a perceived way rather than being any actual barrier to business.

If Scotland were to gain independence, I don’t suspect there would be much of a difference for the rule of law and the legal profession given that the jurisdictions operate independently at present. More likely to be of interest is exactly how an independent Scotland would fit into the EU.

Clients tell me again and again the three things they want from their lawyers. They want them to be available when they need them; they want them to give advice and not act as a postbox presenting them with the dreaded ‘what do you think?’; and they want continuity of contact.

One of the things I like the most about the profession is that still the vast majority of your fellow professionals will treat you with respect and understanding. It is an important pillar holding everything else up. This is even more evident in the Scottish commercial market, which is tiny in comparison to England and Wales. You will almost be dealing with the same individuals time and again, so that professional glue is crucial.