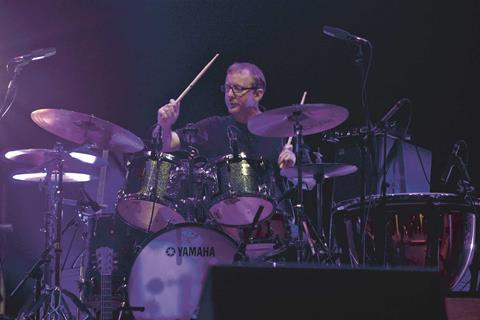 Blur was winding down after a fairly well-publicised falling-out (which is happily now all mended). I had more time on my hands. A friend of mine at criminal firm Edward Fail Bradshaw & Waterson in the East End asked me to help out with a big case, with some technical evidence that had been served in a baffling and incomprehensible way by the prosecution, and I got bitten by the crime bug.

Many people assume I was a solicitor, then I left to do the band and now I’m going back to being a solicitor. People are surprised, but when I say I’m doing crime, they are less surprised because everyone has a fascination for crime.

There is a real perception problem when it comes to lawyers. The public see us as a homogenous group and tend to imagine we all do the same kind of thing, earn the same amount, all swan round living the high life. The profession has done very little to combat that and has been very bad at its own PR. I did a round of press interviews around the demonstration outside parliament against the changes in legal aid, and the lack of sympathy was marked.

The police station is the most dramatic, exciting, frustrating, horrible, brilliant point of being a solicitor. The case is unfolding in front of you, and what you do there can have dramatic consequences for the client. Specialisation is not the only way for lawyers to add value to what they do but it is the obvious way.

The hardest thing about my transition from musician to lawyer was the graduate diploma in law. It made the LPC seem like a walk in the park by comparison. I did my training contract at Kingsley Napley and qualified last year. Because I am at the beginning of my legal career, it’s hard to see how it’s going to pan out. I try to play to my strengths. Cybercrime, computer crime and technology are things I understand extremely well (I studied computer science at Thames Polytechnic and worked as a computer programmer). But I know things don’t often turn out how you expect so I try to keep an open mind.

I feel like I’m constantly having to prove myself to people who know me as the drummer in Blur.

There is a bizarre criminal law on the statute books still, which states you can be arrested for wearing clothes that signify political affiliation. It was only ever used once. Given the last government was quite diligent in getting rid of lots of draconian outdated nonsense, it seems strange that this was left in the statute book.