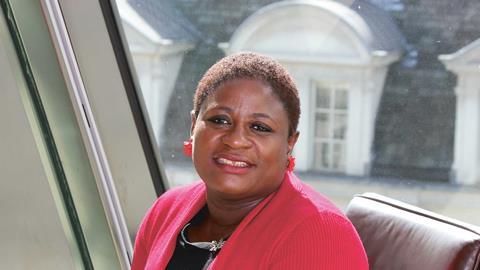 Chair and founder, BLD, and founder and executive head of BLD Foundation

As long as I can possibly remember and most certainly by the age of 7, I recall comments to the effect that I would make a good lawyer. Why? Because I was constantly questioning everything and, as an African child born in the 1960s, it was not the ‘done thing’, as you do as you are told by your parents. Credit to them and to my mum in particular, I was allowed to carry on questioning because I was a good child in every other way (I think!).

The ability to listen, understand, analyse and effectively communicate using the appropriate language is what makes a good lawyer. While the knowledge of the law comes with experience, these qualities are critical.

A setback for the legal profession, which I think started in the 1990s, has been the decimation of the legal aid system, which has seriously undermined access to justice. Also, the over-professionalisation of the graduate recruitment system is a [concern]. There is a real danger that those who are different and have had ‘blips’ can be left by the wayside.

One gain has been that overt racism in the profession is hard to find. Many organisations now care genuinely about equality and diversity, because of the impact on the bottom line as well as because it’s the right thing to do. Though there is still a very long way to go.

BLD, also known as the Black Lawyers Directory, was launched in 2006 with the aim of highlighting and promoting diversity in law. The BLD Foundation is a registered charity founded in 2012 and its aim is the advancement of education of those of African, Asian, Caribbean and other ethnic minority and/or those from socio-economically disadvantaged backgrounds.

Growing specialisation has been both a good and bad thing for lawyers. Bad for the young/newly qualified lawyers, as there is a push to specialise so early before acquiring some all-round experience. Good for the experienced lawyers because, quite frankly, being a generalist is near impossible in this day and age. I think the clients have all to gain from this trend.

My hope for the future is to see a profession that really opens doors to all and measures real talent. Not just by A-level results and academia alone (though they are important) but by looking more widely at other factors, including challenges overcome, and not all seeking talent in the same pool. It will be a richer and a better profession for it – a profession of talent, not clones.

The issue is not whether or not there are too many lawyers but whether too many lawyers are chasing the same opportunities and fishing from the same pool. They should instead be creatively and openly looking for where the market is today and tomorrow, not attempting to carry on as if it was still yesterday.