Before switching careers into law, I was a junior doctor. I loved science all the way through school, so applying to study medicine seemed like a natural choice. I wanted to do something that would be interesting but would also help people. I thought that I was on the right path. I did some great junior doctor jobs – including a stint in A&E at the Royal London in Whitechapel – and met lots of inspiring people (colleagues and patients). I did, however, start to find working in the NHS quite difficult. The pressures on staff and resources could at times make it hard to do the best for each patient, which left me feeling frustrated. 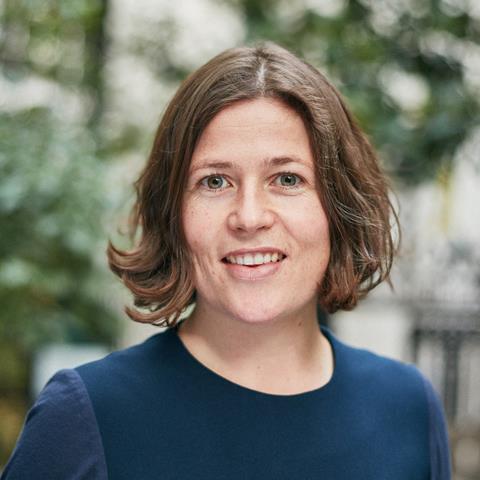 One of my housemates from university had become an IP lawyer and I started to think about making the switch to law. When the government introduced a new NHS training scheme, I decided not to apply to the programme (as all junior doctors were obliged to) but instead to start the GDL. After that, I was lucky enough to get a training contract at Hogan Lovells, which I chose because I thought that it would be a great place to train. It also had an IP department that did standalone work and not just corporate support.

In some ways, training to become a lawyer and training to become a doctor are similar. There is a stage where you do a lot of theory and another stage where you gain practical experience before you qualify. Some aspects of training to be a doctor were much more difficult though. Although the hours I did in my corporate seat (at the height of the financial crisis) were brutal, I did not find them as hard as doing weeks of 14-hour night shifts. More profoundly, nothing really prepares you for some of the stuff that you experience as a medical student or junior doctor once you start your clinical training. You have to develop a degree of emotional and psychological resilience, but there are always things that stay with you.

My experience as a doctor has given me a great sense of perspective and an ability to cope extremely well with pressure. A bad day at work for me now is nothing like a bad day at work could be when I was a hospital doctor.

'Some aspects of training to be a doctor were much more difficult. Although the hours I did in my corporate seat (at the height of the financial crisis) were brutal, I did not find them as hard as doing weeks of 14-hour night shifts'

I joined Powell Gilbert in 2014. My background is obviously useful in pharma and medical device cases. I particularly enjoy working with clinician experts – they are always intrigued by my change of career. My understanding of the clinical context in which a particular device or therapy is used typically gives me a bit of a head start. It has also helped me to build relationships with clients. They can see that I ‘get’ their product and appreciate the benefits for patients.

Unsurprisingly, some of my favourite matters have been in the life sciences field. I have acted for Edwards Lifesciences in several disputes about their transcatheter heart valves (that is, replacement heart valves that can be introduced into the body via a peripheral vessel and implanted without the need for open heart surgery) and transcatheter mitral valve repair devices. In the latter case (Abbott v Edwards), an injunction was awarded preventing the sale of Edwards’ PASCAL transcatheter mitral valve repair device in the UK. The two companies subsequently reached a global settlement. In the former proceedings (Edwards v Meril), Edwards obtained an injunction against Meril Lifesciences in relation to Meril’s Myval transcatheter heart valve.

More recently, I have been working with BioNTech, the developer of Comirnaty, the first mRNA SARS-CoV-2 vaccine to be approved (and subsequently commercialised by BioNTech and its commercial partner Pfizer). Throughout the pandemic, I was also helping to give vaccinations (at Club Batchwood) and it was satisfying to be involved at both extremes of such an important enterprise. One of the first clinics I did was a drive-through service (in the freezing cold) where we vaccinated clinically vulnerable people, many of whom had not left their homes in months. It was a very moving day, and I felt fortunate to be part of such a fantastic local effort.