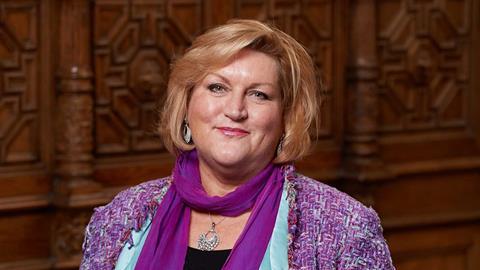 Founder and principal of Virtuoso Legal

There are a lot of parallels between being a good scientist and a good lawyer. I started off doing research in the pharmaceutical industry. I then moved into sales and marketing because I didn’t like being in a laboratory all the time. This was the 1980s and it was a very innovative time in pharmaceuticals. I was working for The Wellcome Foundation and it was coming out with some real blockbuster drugs.

I found it difficult to pursue a pharmaceutical career from the north of England. All the big research and pharmaceutical centres were in the south-east. I didn’t want to move down there so I thought about a career change. The legal profession had always interested me – the reasoning, the thinking and the critical analysis.

I went to law school in the evenings. I carried on working in the pharmaceutical industry during the day. I did that for nearly three years. I took the legal practice course at Leeds Met (now Leeds Beckett University) on a full-time basis, so I gave up work to do that.

I got a job at a big law firm because I could explain in my interview how continuous ambulatory peritoneal dialysis (CAPD) worked. One of my interviewers knew I’d got a pharmaceutical background, so he made the mistake of asking me what CAPD was because he didn’t really quite understand it and they had a case on at the time that related to it. So, I explained how the technology worked and talked my way into the job.

Going into law was a complete culture change. I have this memory of being utterly mystified as to how it operated as a business because when you go into a dynamic sector like the pharmaceutical industry, everybody knows what their purpose is. There is a clear agenda. Law didn’t seem to have the same coherence. I remember being at a big law firm and saying to my boss at the time, ‘Who are your top clients? What do you do to get more business out of them? What are your margins?’ I was having these kinds of conversations because I came from a commercial background. Law firms in the 1990s seemed to lack a sense of unified mission or indeed any business acumen.

I set up Virtuoso Legal because I thought IP law could be done better. Maybe that was a bit arrogant, but I thought, ‘I don’t think this works for your clients. I don’t think this works for the people that work for you either’. I thought it was an outdated partnership model, with outdated attitudes and outdated outcomes for its clients. They just didn’t seem very client-focused at all. By then (2007), I’d worked in four different law firms, and I thought, ‘If this was how it’s done, then I’m going to do it on my own and do it better’.

IP law has evolved massively in the past decade. The Intellectual Property Enterprise Court has made a massive difference. When I started off as a lawyer, there was the Patents County Court but it wasn’t widely used. It was reformed by Sir Colin Birss. He’s a very independent thinker and he wanted to restructure something that wasn’t working very well. And he did. He completely rewrote the rule book in a totally radical way. He made it very accountable and very pragmatic. He also made it very clear for people to use and set a precedent for other specialist courts to follow.

I’d like to see more tax incentives for the creation of intangible assets. There are tax incentives, R&D tax credits, the Patent Box and incentives for people to create software. But if there were more financial incentives for companies to embrace technology and capital allowances to set off the investment against tax, that would be a good thing. And more support and funding for protecting those, too. There’s a far greater awareness in other countries of intellectual property as an asset class and as something that needs to be protected.

The most common misconception about IP law is when someone thinks they own the copyright after they’ve paid an external photographer or software developer who created that piece of work. They don’t. Another big misunderstanding is in relation to trade marks. People think that because they’ve got a trade mark registered in Europe or the US that it covers more than it does. Trade marks are territorial in nature, so you’ve only got the rights where you’ve registered it.