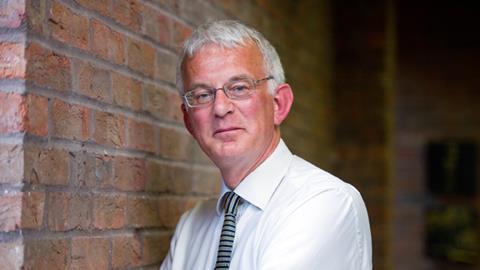 I am grateful to the history master at a state boarding school that I attended in Somerset who encouraged me to consider a law career because of my interest in words and their meaning. My parents reiterated his advice. I have never regretted the decision.

The law degree that I studied at university encouraged me to think clearly. However, the six-month Part II course at the College of Law was dire as it simply consisted of rote learning from pre-printed A5 blue books. I was so underwhelmed by the course that I wrote an article about it for the New Statesman entitled Lore College. This gave me a certain amount of notoriety among lecturers.

My articles at Macfarlanes in the City were a good preparation as I felt we were treated like young officers in the armed forces – trusted and given appropriate responsibility but allowed space to develop. This was probably because most of the partners of the firm at that time – the late 1970s – had either seen wartime service or done national service.

No one teaches you about management and you are expected to pick that up as you go along. Inevitably, I made a huge number of unforgivable mistakes. I can remember worrying about the first very large deal I handled, but consoled myself that it was just the same as a small deal but with a telephone number for the price being paid.

When I started as an articled clerk (or trainee if you are under 50) in 1978 the feeling was very much that law was principally a profession rather than a business. Sadly, that has changed over the years.

Today, though, the greater openness that we are expected to have with clients, as opposed to hiding behind the dark arts of legal advice, has been a positive change in the profession. I really enjoy the close working relationship that I have with the business clients. It is what gets me up in the morning. I love seeing them succeed, as I am one of the few to know the considerable effort put in and risk taken.

A legal career enables you to think clearly and concentrate on what is important and to avoid getting hung up about irrelevant matters. It is my experience that any organisation or committee loves having a lawyer on board to give them reassurance.

The Working Time Regulations is my least favourite law, closely followed by anything to do with consumer credit or TUPE.