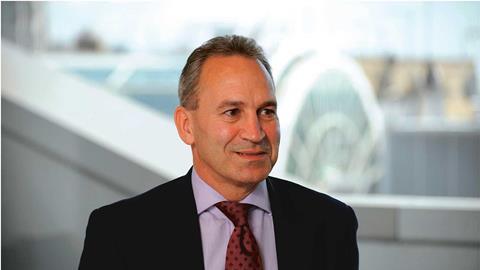 Being a litigator is very much an attitude of mind. At school, I always enjoyed debating or, well, arguing I suppose. So if I could find a career that enabled me to be paid to argue, then maybe that could be the ideal job. Naturally, in the Brave New World that we all now live in, we litigators are much more consensual and solution-driven, and are very much more into costs budgeting and mediation than adversarial exchanges. Except of course when we are not.

My legal career began with a law degree at Oxford and articles at Slaughter and May. A decade there taught me much about approach and how to behave as a litigator.

As the new London Solicitors Litigation Association president, I take over the role at a less than straightforward time for litigators. The Jackson ‘reforms’ and the fallout from Mitchell have not been universally popular or met with widespread acclaim from practitioners. Litigators and the litigation process seem to be under siege on a number of fronts, so making plans as LSLA president,

while sounding quite grand, must mean fighting the fight, and trying to look after the interests of London litigators.

There are numerous challenges facing the profession with regard to litigation. The CJC is looking at guideline hourly rates (do not expect increases) and investigating profit levels within law firms; there are pressures on rates from clients, in particular those involved in panel work; there are threats of significant increases in court fees; the increase in costs budgeting exemptions from £2m to £10m will be unpopular; and the post-Jackson, post-Mitchell world fills many, if not all, with dread.

Jackson LJ and others think we will get used to the reforms in time, and that it is just ‘tough love’ we should all be thankful for. Not sure all agree, but unfortunately relief from sanctions, post-Mitchell, could be thin on the ground. Developing case law certainly shows limited leeway in the interpretation of what should be deemed a trivial breach, or what might be deemed good reason for that breach. So there are tough times ahead and an increasing number of negligence suits against solicitors.

London is not just a rising centre. Many would rightly view it as top of the pile already, whether for domestic or international litigation, or arbitration. It is the destination of choice for many international parties, as shown by Commercial Court figures highlighting the fact that four out of five cases in the last three years involved an international party.

The key challenge is to stay at the top.