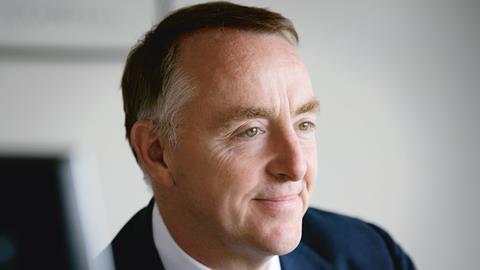 My father thought that a clerical job with Bristol City Council would be secure and a step up the social ladder. At 16, I decided to study law at university, probably as a way of showing off. At 20, I considered being a barrister – but I thought that you needed financial resources, useful connections, and/or an exceptional intellect. I knew at least two of those did not apply and so being a solicitor seemed safest.

I think I saw my first client solo on my first day of articles. There were a lot of cases across many areas of law, as was the way with smaller practices. Before I qualified I was, rather alarmingly, given an articled clerk of my own to manage. The experience made one resilient and unafraid of novel problems.

Risks have to be managed – and I would not recommend throwing new lawyers in at the deep end – but I wonder whether it takes too long for talented but less experienced lawyers to be given proper responsibility for clients and cases.

In my practice, I have often given evidence, either as an expert or in relation to reports I have written. In large and complex cases, preparation and cross-examination can be arduous. I was once cross-examined for more than four days in relation to my scrutiny of around 100,000 pages of documents.

Combining my usual responsibilities with writing my recently published book, The Law of Legal Services [Jordan Publishing], has been challenging.

Press or public interest in cases usually makes them memorable. An example was the payment protection insurance judicial review between the banks and the Financial Ombudsman, which had long queues of people trying to get into a full court – and which led, of course, to the award of enormous sums in compensation. In another case, acting for a cabinet minister, I recall drafting a press statement and being impressed to see it appear within five minutes on all the TV channels we were monitoring. There have also been a number of long, ultimately successful battles with clever but deeply dishonest lawyers involved in significant organised criminality.

Most European directives and the regulations that transpose them are opaque, which can be a headache. At least the drafting provides useful employment for lawyers.

When I started working as a lawyer, many established solicitors made a good living without much ability or hard work. Those days are long gone. Without greater specialisation, it would not have been possible to deal with the quantity and complexity of law being produced.

I hope the legal profession will continue to play a key role in maintaining the rule of law and the operation of a civilised society.