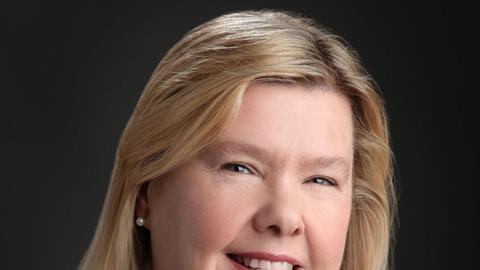 I’m lucky because I work in one of the hottest areas of the law – emerging payments. However, while growing up I never knew I was going to be a lawyer. I knew no women lawyers and there were no women attorney role models in the media. But my first job out of college was working as a paralegal in Atlanta. I quickly learned to love the cerebral practice of law and made the decision to pursue it as a career.

I graduated from NYU School of Law and spent four years as a junior associate doing routine (and quite boring) litigation before I moved in-house to American Express general counsel’s office. It was a superb learning experience because I had the opportunity to work in virtually every part of the payments spectrum.

I was assigned to work on what I thought was the most uninteresting, old-fashioned payment product ever – travellers cheques. But that turned out to be another lucky break, when American Express decided to jump into the prepaid card market and to place the new business under the travellers cheque group. This is how I went from servicing one of the sleepiest divisions at Amex to one of the most innovative and exciting businesses – stored value and prepaid services.

After helping Amex launch a slate of new prepaid products throughout the 1990s and early 2000s, I moved to Bryan Cave in 2005. I spent 10 years helping the firm’s payments group become a leader in the US bank regulatory and payments space. Another challenge was my recent relocation to Bryan Cave’s London office, where I’m learning everything about EU payments laws and helping to launch the firm’s European payments practice. I can’t imagine a better place to be.

I get very frustrated with commercial laws that impose severe obligations and consequences that don’t relate to the level of risk posed by the underlying product or service. A classic example is the US state laws that regulate ‘money transmitters’. They were originally drafted for international money remittance companies like Western Union. Since then they have been extended broadly over virtually all payment services involving the movement of money, whether or not there are similar risks.

While in the UK laws differentiate between large and small e-money institutions and authorised payment institutions, there are no similar distinctions in the US. Furthermore, unlike in the UK, there is no ‘passporting’ in the US – so a multi-state business needs to be licensed in every state in which it offers its service. This has done much, unfortunately, to stifle innovation in US payments.

While one often hears negative comments (not to mention many jokes) about lawyers, I’m still convinced a world of laws is the most just and fair world we have. We need to ensure full access for all to good lawyers, and we need to keep striving for clear and transparent laws that protect consumers while allowing new business and innovation to flourish.