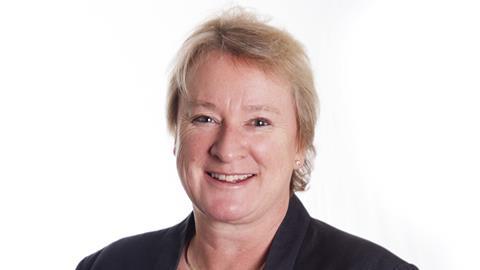 Partner at Birkett Long in Colchester.

When I was at school I wanted to join the police, but at that time there was a lower height limit and I was too small. My parents suggested that if I were to complete a law degree the police force may let me in. So I did.

During the summer months at university I worked part-time for a local criminal law firm and loved it. It was then that I decided I wanted to follow a legal career as a solicitor.

I studied law with French law at Leicester University. It was a four-year course with a year at Strasbourg University studying for a diploma in French law. I have never used that diploma in practice but it has been invaluable in other ways. I have always loved languages, so living for a year on the French/German border was an excellent way to practise two languages at the same time. I completed my LPC in Chester and was accepted at Allen & Overy as a trainee solicitor.

Training at Allen & Overy was a fantastic experience. The ethos was one of hard work but I loved every minute. However my summer experience of criminal law had not left me and I knew that this was what I really wanted to do.

I worked for six years in Romford, defending clients in the criminal courts. In those days practitioners undertook a mixed bag of cases, so I began to do family matters and I represented parents in care proceedings. As my experience grew, I acted for parents and children through their guardians within the care proceedings and then qualified on to the Law Society Children Panel, of which I am still a member. I did most of my own advocacy, including in the High Court.

After years of specialising in this area with my current firm, Birkett Long, we decided it was time to bring our legal aid contract to an end. It was at this stage that I was given the opportunity to switch departments and move from dealing with children matters to preparing wills and powers of attorney within the wills, trusts and probate team.

Going to court on a near-daily basis was challenging, but I loved the cut and thrust of it all. Moving into wills, trusts and probate has the challenge of a new area of law and almost starting again later in my career. Birkett Long has been very supportive of my move.

Memorable career highlights include representing a client on a bail application in the Court of Appeal; achieving my higher courts (civil advocacy) qualification; representing children when they are adopted into new families; and now the appreciation shown by clients for their wills and professional service.

The main issue at the moment is the lack of regulation within the will-writing and estate planning industries. There is no requirement for will-writers or estate planners to be subject to any professional body’s code of conduct or to demonstrate a level of competence in the same way that a solicitor or legal executive does through their registration with the SRA or CILEx.

There have been reports of issues including hidden charges, insufficient consideration regarding capacity and inaccuracies in drafting. The other major issue is the lack of a contingency plan for what happens with stored wills when a will-writing company goes out of business. Law firms will have safeguards as the SRA will step in to assist if a firm is abandoned or closed suddenly.

I was president of Soroptimist International Colchester in 2012 and I was an active Soroptimist between 1999 and 2016. I am no longer a Soroptimist, but I still volunteer with them at St Helena Hospice in Colchester as a weekend receptionist.

I became a Dementia Friend through attending the local Older People’s Forum in Colchester. I really appreciated the work that the Alzheimer’s Society does and I thought it would be great for me to become a ‘Dementia Friends Champion’, to be able to promote the cause and create more Dementia Friends throughout England, Wales and Northern Ireland. Following a full day of training, I am now able to give talks to people to make them Dementia Friends, and I do so on  a regular basis.

As a solicitor preparing wills and lasting powers of attorney, I meet many people. It is essential to understand, be patient and sympathetic to the needs of everyone when taking instructions, particularly if someone has a diagnosis of dementia or indeed may be in the early stages of suffering from dementia. In due course, I hope that Birkett Long will be recognised as a ‘dementia friendly’ firm.