I was inspired to practise criminal law from a young age as I wanted to help people and make a difference. As one of my former employers said to me, ‘Sometimes you are dealing with people who are going through the worst moment of their life, and we might be the only people who they can rely on’. 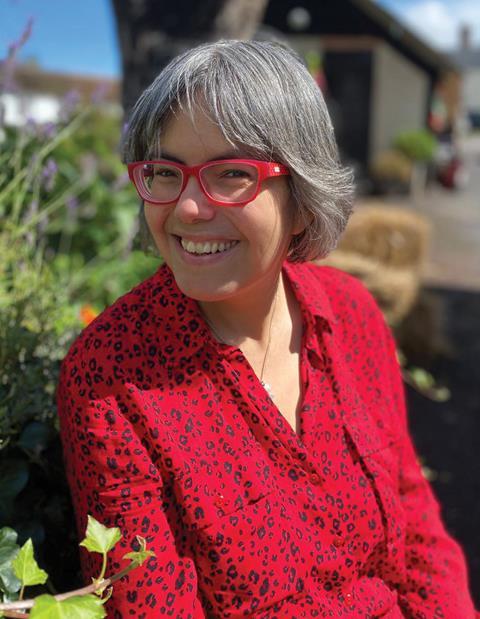 In 2008, I worked for Youth Offending Team as a Lead Professional for a multi-agency panel. My job was to coordinate targeted support for vulnerable young people and their families who needed support. The most important thing that I learnt is that imposing tougher sentences on young people as a way to tackle crime has little impact – if the government want to make a real difference and level up the inequalities some people face, they need to invest in young people from an early age and ensure that youth and community projects receive the consistent funding they need.

Everyone remembers their favourite teacher and when I studied A level law I had an inspirational teacher. I decided to teach A level law in 2009, as I wanted to inspire the next generation. I taught a range of topics including a criminal law module and I am proud of the fact that four of my students went on to study law at degree level, and one of my former students shadowed me when I went back to practice. However, one of the concerns I had was that the curriculum did not adequately prepare the students for the challenges they would face if they decided to study law at degree level.

In 2018, I worked as a legal adviser in training for HM Courts & Tribunals Service where I advised magistrates regarding the law in relation to a wide range of offences, and ensured the court was run smoothly and assisted unrepresented defendants. One of the biggest challenges that the criminal justice system is facing, apart from the obvious case backlog, is that so many legal advisers are retiring or are due to retire imminently. The other noticeable problem is that cuts to legal aid mean that many people have to increasingly represent themselves, which causes additional pressure on legal advisers and can lead to people being wrongly convicted. The mounting pressures, even before the Covid-19 pandemic happened, are unimaginable and there is a real danger that the pressure to resolve these issues will result in injustice for so many.

I wanted to make a podcast that focused on UK miscarriage of justice cases because I wanted to highlight the fact that people are wrongly accused and wrongly convicted of crimes in the UK more often than people realise. The Post Office scandal highlighted what people who practise criminal law have known for years: that our criminal justice system is fragile and can fail people accused and convicted of criminal offences. As we know, a lot of people think that there is no smoke without fire, but anyone accused of an offence is innocent until proven guilty and anyone of us could be a victim of a miscarriage of justice.

In the first series, I talk to people who were victims of high-profile miscarriages of justice including Michael O’Brien (one of the Cardiff Newsagent Three), John Actie, who was wrongly charged with the murder of Lynette White, and victims of the Post Office scandal. I also talk to family members including Barry George’s sister, Michelle, and I’m joined by others who have fought and continue to fight for justice including journalist Don Hale OBE, MOJO, and the Cardiff Innocence Project. A lot of my guests wanted people from the legal profession to listen and for there to be judicial inquiries into what went wrong in their cases, so that we can ensure that history does not repeat itself.

I flew to Glasgow and visited my podcast guests across the UK who have been kind enough to share their harrowing experiences. I’ve been fortunate to have had some really positive feedback from my listeners, including journalist Nick Wallis, and I’ve been encouraged by the fact that my podcast has been listened to by people in 26 countries around the world. I feel I’ve become a better solicitor from listening to my guests’ experiences.

Maxine's podcast ‘You Call This Justice?’ is available at youcallthisjustice.com