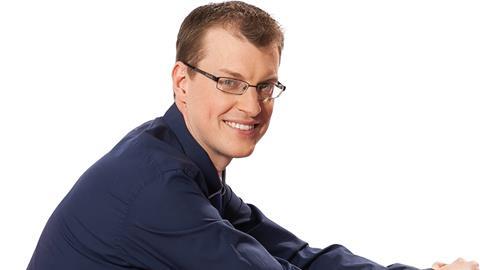 Head of private client services, and chair of the board at Solicitors for the Elderly

John Grisham novels first sparked my interest in studying law (in practice it isn’t always as thrilling). After university I worked in a different sector before realising I wanted to work directly with people to help solve their problems, hence coming back to the law.

My legal training was good preparation for the most part. My undergraduate degree perhaps less so than the LPC. Choosing to do the latter part-time alongside working as a trainee solicitor at a law firm gave me hands-on experience of my studies. In hindsight I am glad I chose to proceed down that route.

My first job at a firm was meant to be a two-week placement in the private client team. But apart from short breaks required by my training contract, I ended up staying in that team for nine years.

I enjoyed equity and trusts as part of my degree. I had spent a few weeks one summer working for a care home and I’ve always had an interest in tax, so it was a natural fit.

It’s a huge privilege to be the new chair of the board at Solicitors for the Elderly. I have been a member for 11 years and a director for 18 months. It is a fantastic organisation that really champions the highest of standards in private client law for elderly and vulnerable clients. My hope is to raise the standard even higher, while continuing to grow the recognition and profile of the organisation and pushing for positive changes in elderly client law.

The biggest issue facing Solicitors for the Elderly members is delays at probate registries. The pending increase in probate court fees (essentially an extra death tax) is a further concern. The delays are 12-14 weeks and this is slowing the completion of estates and affecting firms’ cashflow. It is also causing additional interest on inheritance tax bills. Executors are nervous about putting properties on the market until the grant has been received, given the uncertainty, and no doubt this is also impacting on the property market.

The proposed fee increase from £155 to as much as £6,000 is hugely disappointing. It is also frustrating that such fees are not deductible for inheritance tax purposes, despite being unavoidable for large estates. There is no indication whether banks will release funds to pay for these fees before the issue of the grant of probate, or whether short loans will have to be taken out at huge interest rates. I suspect the latter, given the additional revenue it could generate for financial institutions.

Further trusts are, by and large, not an efficient mechanism for passing on wealth because of the heavy tax penalties. Taxation of trusts is long overdue for reform and could result in this option being open to prudent planners once more.

The move to more digital services can be a challenge. More and more people are choosing to make wills and lasting powers of attorney online. It is now easier than ever to be a “Google” lawyer, taking free advice from the internet rather than paying for professional advice.

In the social media world, scaremongering is rife. This can lead people to make unwise, rash decisions which often have disastrous consequences. Decisions such as transferring your property to a trust company in return for large annual management fee and no protection at all from inheritance tax or care home funding problems that may arise in the future.