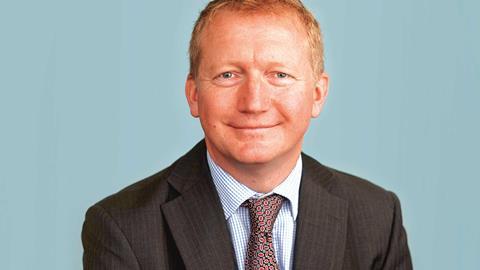 I decided to exit the fast-declining record industry in 1999 and to make it my millennium project to find a ‘proper job’. I became fascinated by employment and discrimination law while managing a major project for a national disability charity, and after securing a Certificate of Academic Standing from the Law Society (for exceptional professional experience), I was propelled into a distance-learning post-graduate diploma in law at Nottingham Trent University and an LPC at BPP. I haven’t looked back since.

Before starting my formal training contract, I and a couple of other volunteer advisers at Toynbee Hall Free Legal Advice Centre had taken a whistleblowing case through to the EAT. Just a year into my training contract we went on to win in the Court of Appeal before Lord Justice Mummery – on an extremely hot, wigless and for me, memorable last day of term at the RCJ.

Probably the hardest set of challenges I’ve faced as a lawyer is having the unenviable task of explaining to clients that my first duty is to the court and that their less-than-flattering – but nevertheless relevant – documents are disclosable; particularly where the clients have been from an overseas jurisdiction where disclosure obligations are less rigorous.

I seem to have experienced most forms of employment before becoming an employment lawyer. The music business was the wild west as far as employment law was concerned and I’ve also run my own company, managed a project team and worked in a professional health service union and financial services. I’ve even driven a fork-lift truck in a factory and been made redundant. As a result, I get to grips with most employment issues instinctively, although employment law is, thankfully, still full of surprises.

People either make a joke about my untold riches or they ask which area of law I’m in when it comes out that I’m a lawyer. Once they know I’m an employment lawyer, it’s surprising how often their friend has this or that problem at work. I now know how it feels to be a dentist.

The new public interest test in the whistleblowing legislation is a worry. I appreciate that the old law was capable of exploitation, but the 2013 amendment will, in my view, dissuade some genuine whistleblowers (or at least fail to support them when they need it), so the risk of misuse was a price worth paying.

I remember some sage advice from a solicitor while I was trying to find a training contract, which was to experience law in all its forms at every available opportunity, try to find an area that inspired me and then to pursue it with enthusiasm and commitment.