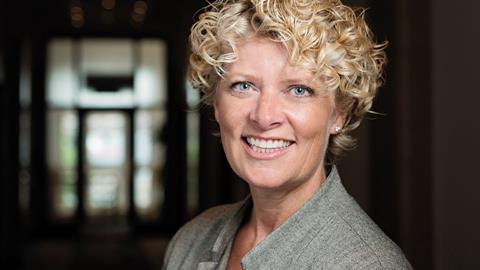 Director and head of fraud and regulatory, Preston

I used to spend a lot of time with my grandad watching the ITV show Crown Court. As a result, I was drawn to the law. However, what clinched it for me was when I floated the idea with my careers teacher and she told me definitively that I would never pass a law degree. I do not like being told I cannot do something – so I did.

I started my career at the Crown Prosecution Service HQ in London as an administrative clerk on very big fraud cases. This gave me the kickstart I needed to finish my education and take the Legal Practice Course. Before then, I had got my law degree but had not bothered to actually take it any further.

After my degree, I had travelled in Europe and Australia – and my degree was in danger of going stale. To prevent that happening, I did the legal executive exams via correspondence. I was exempt from all the law papers but needed to sit practice papers. I crammed them into a nine-month period. I then moved back home to the north-west and started work for a fabulous firm called Farleys Solicitors and did my LPC while doing a part-time training contract. I qualified with Farleys in 1998.

My early work experience gave me an interest in large cases. I found out that I had a talent for dealing with masses of paperwork. I developed a good background in general crime before going back to specialising in fraud. Often there were overlaps with regulatory bodies such as the Financial Conduct Authority.

Representing high-ranking police officers is a particular highlight of my career. The challenge of these cases is often the media attention they attract. An example was the case of Parm Sandhu last year. Parm was the highest-ranking female Asian officer in the Metropolitan Police at the time, and as such the media attention was quite high. This was distressing for my client as she was the victim of abusive comments as a result. My clients are often splashed all over the tabloid press in these cases and my job includes the crisis management of those situations.

My absolute career highlight came nearly a year ago. With my good friend and colleague Linda Kirk, I set up Adkirk Law. To be part of a female-founded law firm was such a breath of fresh air for us. We decided we did not need to be part of the usual established equity partnerships and we should go it alone. It has been exciting, nerve-racking, but most of all liberating.

A friend of mine was contacted by Coronation Street. His firm does not really do much criminal work and so he asked me if I would be interested. I jumped at the chance. So far I have advised on the storyline involving David Platt and Josh. This was from the point where David was charged with attempted murder, finishing with the trial of Josh for raping David. I have advised on one other storyline but I can’t divulge the details yet! My role involves commenting on proposed scenarios and later, in a bit more detail, on excerpts from the scripts. For the trial scenes, I also involved John Harrison QC as his expertise was invaluable when it came to the cross-examination of David Platt. It is the practical knowledge of court scenes and how the criminal justice system works that has helped me advise on this. I often recall the process and language used in court to help guide the scriptwriters. The difficulty for Corrie is trying to achieve a dramatic result that is believable.