I chaired a tenants association in Stepney, east London, and at the time the government was trying to take our homes away from us by force under the Housing Act 1988. By intensive lobbying and campaigning we defeated them in the House of Lords and the law changed. That was a watershed for me in recognising the power of the law. 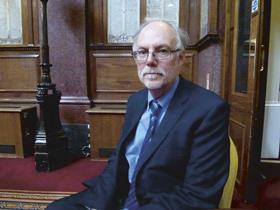 In the 1990s Kaim Todner was expanding rapidly in the legal aid field, and there were many opportunities. I started there as a paralegal and did my formal training contract there. For people who are doing training now the opportunity for a range of experience is less. The disadvantage of specialisation is that lawyers tend not to look outside the box so much. In the training and practice I had, because it was so wide, it meant I could see legal angles in all kinds of directions.

I have been revelling in my latest challenge at Creighton & Partners, setting up a new mental health department since 2011.

The hardest cases are the ones where the clients are beyond treatment for various reasons. It is very difficult to assist those people who often feel very hopeless and helpless and in great despair, yet they still have critical legal rights – indeed, there may still be things that can be done to assist their situation and give them a better quality of life.

I’ve had the great satisfaction of getting people who have been written off, for lacking capacity, under the Mental Capacity Act return to their home and restart their life. There is still such a fantastic amount of work to be done out there and it is a privilege to continue working in the field.

I’ve dealt with some exceptionally demanding clients over the years. But the greatest difficulty is the ever-tightening financial noose we have round our neck, which is the legal aid system as it is now. Although mental health isn’t as dramatically affected by LASPO as other areas, it is a signal of where the government wants to move potentially.

We thought there were difficulties and constraints in the 1990s but it’s nothing to where we are now. I have been privileged to work with many legal aid lawyers who are vastly committed, who work very long hours and who deliver fantastic jobs. It’s appalling to see many of them struggling personally and, in some cases, becoming ill just to deliver the standards they are used to. But it’s also encouraging to see some fantastic younger people coming into the field.

There has to be a fundamental rethinking of the value of legal aid. A prompt and effective system of justice needs to be seen to be delivered in order for society to remain stable.