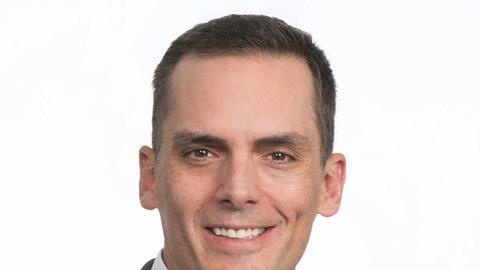 Law is a second career. I initially pursued a career in film and television. I had a good job with a production company on a network show but the work was unfulfilling. I wanted to do something that would have a positive impact on society. I left my job, returned home and applied to law schools.

I obtained my law degree from the University of Colorado. I received legal training from the military at the Naval Justice School in Rhode Island, and the army’s Judge Advocate General’s Legal Center and School at the University of Virginia. I also had training with the Department of Justice and its National Advocacy Center. The formal legal training established a strong foundation but I learned more on the job and in the trenches as a marine officer, trial attorney and prosecutor than I ever did in a classroom.

Before I ever picked up a legal file, I picked up an M16 rifle. The Marine Corps has a saying: every marine is a rifleman. This means you are not just a lawyer or a pilot or a cook. You are first and foremost a marine. All marine officers are required to undergo months of infantry training before they move to their occupational specialty.

I also learned hard lessons by practising in military, state and federal courtrooms. To be a good trial lawyer you have to get ‘reps’. You have to try real cases in real courts. Trying a case teaches real-world lessons you will never learn from a textbook.

The most difficult and rewarding period of my career was deployment to Iraq as the legal adviser to an infantry battalion. We deployed to the Al Anbar Province on the Syrian border. It came at one of the most critical times of the war. The constitutional referendum was in October 2005. The elections were in December 2005. The country was at a crucial tipping point and violence was everywhere.

My job was to provide legal advice and guidance to the commanding officer on a range of legal issues, including the law of war, rules of engagement, fiscal law, detainee operations and criminal law. The marines had to make life and death decisions every day. My job was to guide them through the legal minefield.

One of the highlights of my career was acting as a poll observer during Iraq’s constitutional referendum. Tribal leaders told us that anyone who voted would be killed by extremists. Despite the threat, people came to the polls and cast their ballots. It was inspiring to watch those brave Iraqis risk their lives to participate in the democratic process.

Few litigators have any real trial experience – 97% of federal criminal cases settle. The number is probably higher in civil litigation. Trials can be frightening. There is a lot of risk. That is why it is so important to have a seasoned trial attorney on your team. When your life and livelihood are on the line, you want a highly capable, confident, battle-hardened trial attorney on your side.