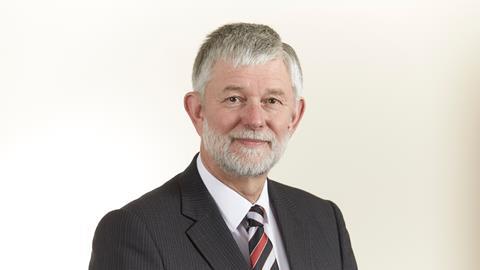 I rather fell into law. When I was younger I didn’t have a clue what I wanted to do. I chose law at university because I expected to go into business and believed it would help.

Afterwards I thought: well I’ve got this far, I may as well qualify. But then I dealt with my first client and a lightbulb switched on. I experienced law in the real world rather than as an abstract concept and I’ve loved it ever since.

I worked on a diverse range of matters in training and after qualifying. It’s stood me in good stead for my work dealing with regulators on behalf of other solicitors. A grounding in different specialisms has allowed me better to understand their work.

The hardest challenge has been work-life balance. Setting up our first practice in the early 1980s, I worked 17 hours a day, seven days a week. There isn’t an hour on the 24-hour clock that I haven’t seen from behind the desk in my office.

Retirement is like a cold swimming pool. Other people tell you the water’s fine once you’re in, but at the moment I certainly don’t fancy jumping in.

The breadth of roles I’ve had has helped enormously with advising and representing lawyers under investigation. I’ve been a sole practitioner, a partner in firms which have grown from small to very large, been on company and charity boards and much more. This has helped me appreciate the range of clients out there, the issues they face and the support each of them requires.

Starting two practices and having the privilege of working with enthusiastic, dynamic people has been very fulfilling. The experience of working alongside experts and collaborating with them for a common purpose is nothing short of intoxicating.

The most difficult clients are those who have unrealistic expectations and won’t listen, or who refuse to make themselves available but then expect you to move mountains at the last minute.

My least favourite law is the one that says you cannot recover your costs if you are acquitted in a criminal trial. It seems so wrong that people who are wrongly accused have to pay for the privilege of being found innocent.

There’s been a creeping lack of understanding on the part of the regulators about those they regulate, while the government tries to interfere and control the profession. Sadly, the public seems to have bought into the idea that they are just lucky to have found a good solicitor rather than that being the norm.

We’ve got so much more efficient thanks to technology. Emails, scanners and servers have fundamentally changed the way we work.

I’ve been a specialist, initially as a criminal advocate and later in business-related, large-scale financial crime and professional regulatory matters. I worry though that some newly qualified lawyers aren’t getting the breadth of grounding they need and only fully understand their part of the puzzle.

I hope solicitors regain the wider respect we deserve and better respect each other. Technology has reduced face-to-face contact in the industry and I would like to see more fellowship between firms in future.