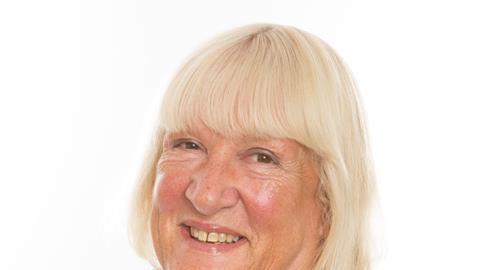 I first came to Leeds to work for the then Race Relations Board, investigating complaints of racial discrimination. But the organisation was without teeth and I found myself endlessly referring people to lawyers to obtain justice. This dispiriting experience over seven years propelled me to retrain in law.

A year at the College of Law writing down dictated notes and regurgitating them in exams did not prepare me for anything, though I did learn that you could write a will on an egg. But two years as a trainee in private practice did help, thanks to Howard Cohen, to whom I was articled in Leeds. He gave me a great deal of responsibility and support.

During that time I travelled to Pakistan to work with a World in Action team in reuniting a brave mother, Anwar Ditta, with her children. The authorities claimed they were not hers – a decision thankfully reversed.

Among my hardest challenges when I did immigration work was trying to sleep at night despite the inhumanity of the Immigration Rules and the harshness and unpredictability of decision-making.

An early highlight was the trial of the Bradford 12 in 1982, where 12 young Asians were acquitted of conspiracy to endanger life on the basis of their legal right to act in self defence to protect their community. Also, a judicial review following the death of nurse Helen Smith in Jeddah established for the first time the duty of a coroner to hold an inquest into the death of a British citizen abroad. Developments in inquest law now make it possible for inquest juries to return meaningful conclusions rather than a one-word verdict, though it is sadly the case that some coroners remain resistant.

‘Other contexts’ helped me to advise in law, rather than the other way round – that is, using common sense, understanding the need to demystify procedures, never engaging in conveyor-belt justice and never saying ‘leave it to me’.

My least favourite laws would be the old ASBOs, which excluded people from the neighbourhoods where they had been born and raised; the previous law on provocation in murder trials which militated against women in violent relationships; and case law on joint enterprise up until recent changes.

My main area of work concerns inquests into deaths in custody, with the enormous and invaluable support of national charity Inquest. But generally this involves intrusive and excruciating probing of the financial circumstances of the recently bereaved to enable families to be represented. The Hillsborough Inquests were, however, non-means tested, thanks to the Home Office and other government departments, spearheaded by Theresa May.

This enabled all of us who were involved to concentrate on the work that needed to be done, to start to achieve justice for the extraordinarily dedicated and courageous families of the 96 who died.