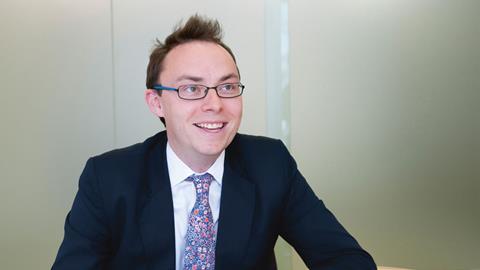 I found law at university rather dry, but the LPC provided a much better taste for practice. My training covered all the traditional practice areas and involved a high degree of client contact. I was fortunate that the firm had a steady stream of cases involving art and heritage property, which enabled me to build a specialism.

Art market disputes are often highly charged with emotion. They are also very subjective. The most difficult part of the relationship is always at its outset, when you need to build trust and understanding on both sides.

It’s hard to tell potential clients that, despite the sums in dispute being substantial, court proceedings will not be economic. The issues often become more acute in art market disputes when you are advising individuals who personally bear the risk of legal proceedings.

My most vivid memories are interacting with the art experts involved in some of my cases and their passion for the subject and the artwork. Notable highlights include examining art works with experts in various museum basements around Europe, such as in the Caravaggio case (Thwaytes v Sotheby’s [2015] EWHC 36 (Ch), [2015] WLR(D) 12).

After-the-event insurance premiums and success fees are no longer recoverable from the opponent in the event of a win. I believe this change has had a much wider impact than was envisaged. Given the costs risk of litigation, it has had a deterrent effect on even quite wealthy individuals bringing claims where they are facing defendants with deep pockets. The reforms have made this a much less attractive proposition.

I hope the UK will continue to be the jurisdiction of choice for many disputes and that the art world continues to throw up as many fascinating cases as it has recently. There are certain areas of law here that would benefit from further clarification, such as that relating to auction houses where the cases are often very fact-specific, and I hope that future cases can do this.