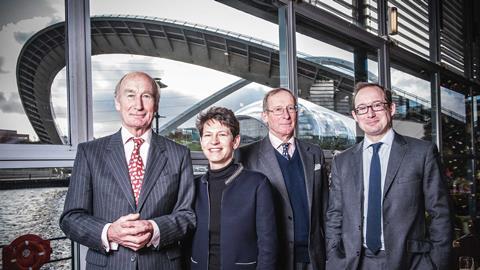 I needed no push towards a legal career. Gibson & Co was founded in 1715 and I am the ninth generation to work in the practice. My father practised in Hexham, which was only four miles from my home, and I often used to visit him there as a boy and got to know the staff quite well.

My father was a part-time clerk to the justices at Hexham, Haltwhistle and Bellingham and his assistant clerk was a particular friend of mine. I would sit in her office and listen to what was going on while my mother did the shopping. I was articled to my father – I would have preferred articles with a bigger firm to broaden my experience.

I read law at Oxford but was rather selective in what I chose. For instance, I did not bother to study mortgages because I did not approve of money lending and was unaware that the vast proportion of houses bought in England and Wales were bought with the help of a mortgage.

In the late 1970s, I was instructed by an engineer who had been seriously injured in a road accident in Yugoslavia, but some two years later the case had not advanced, even though liability was not an issue because my client was a passenger. I flew to Sarajevo and within 48 hours had a personal interview with the judge in charge of the case who promised that the matter would be expedited. After a brief dalliance on the ski slopes, I flew home from Zagreb. The case settled favourably shortly thereafter.

Again in the 1970s, I received instructions from the mother of two children who had been removed from the jurisdiction by her former husband to whom she had given consent to take the children on a fortnight’s holiday to Spain. Through the use of an enquiry agent, we tracked them down to Melbourne and I eventually appeared in the Family Court in Melbourne and obtained an order that the children be returned forthwith to the mother’s custody. I then had to contrive to get them on board the next flight back to England, without giving the former husband an opportunity of serving notice of appeal. The BOAC staff were highly co-operative.

I regularly sit on the Solicitors Disciplinary Tribunal which has given me an insight into the workings of a broad section of solicitors’ practices. I have acted as trustee or director of various entities, including charities and a racecourse.

A good lawyer has the ability to be a good listener and put themselves in their clients’ shoes. Lawyers I have dealt with professionally have been  95% fine, 5% uncooperative. The hardest sort of clients are those who don’t want to pay proper fees.