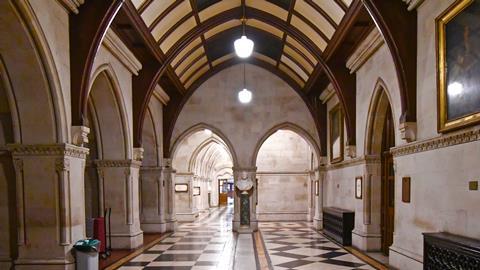 The Court of Appeal has upheld the conviction of a conspirator in a fraud executed on one of the country’s biggest legal expenses insurers.

Judges found that former DAS head of marketing Sally Jones had been rightly convicted of conspiracy to defraud after managing a company set up to supply DAS with medical reports.

This company, Medreport, had been set up in 2000 by DAS managing director and later chief executive Paul Asplin and head of claims and general manager David Kearns. Jones, who was married to Asplin for four years, left DAS in 1999 and became a manager of Medreport and later an owner and director.

A jury found that the trio used their status to exploit the way DAS did business and to allow them to make a secret profit without the firm being aware of their actions. The defendants kept their interest in Medreport hidden from DAS while 90% of medical reports were commissioned from the company, resulting in the conspirators earning significant secret profits over 14 years.

Jones’s case at trial was that she was an honest woman who wished to make Medreport a success and did not seek or conspire to abuse the relationship with DAS. The jury convicted her, and while the judge accepted that the scheme was not her making, Jones was found to be involved from the outset and vital to it.

On appeal, Jones argued that the judge wrongly declined to stay the trial because of the terms of a settlement agreement from 2013 where DAS agreed it would not prosecute the Medreport directors. She also appealed on the basis that material obtained by the prosecution through a Norwich Pharmacal order was wrongly provided. Jones said she would not have submitted to the order if it had been known she might become a defendant to criminal proceedings, and that use of the documents produced would used as evidence against her.

Lord Justice Males said it was not obvious that Jones ever believed that the settlement agreement included a promise by DAS not to bring criminal proceedings against her. The agreement, he ruled, could not be regarded as an unequivocal statement and on its true construction was concerned only with civil proceedings.

The judge said that Jones’s solicitors must have considered the question of self-incrimination when responding to the Norwich Pharmacal order and she knew that the documents would incriminate her because she had been part of the fraud all along. He ruled that there was no doubt that Jones's trial was fair and her conviction was safe.