A would-be barrister who was forced to leave the bar course because of an administrative error and was denied a waiver by the Bar Standards Board has won his appeal.

The High Court found that the BSB provided ‘no reasoning at all’ when it refused to grant a graduate exemption from the vocational element of his barrister training, describing the decision as ‘unjust and unsustainable’.

Appellant Ryan Eve, who is from the Bahamas, was forced to leave the Bar Professional Training Course (BPTC) three months before completion, after being told the BSB did not accept that he had fully completed an undergraduate degree, despite the fact he had graduated.

According to the judgment in Eve v Bar Standards Board, nothing in the papers explained why the BSB was not satisfied or what steps it took to check the position before compelling Eve to end his studies, for which he had been paying a total of $25,000 a year.

After leaving the course, Eve continued his legal education by taking up a pupillage in a law chambers in the Bahamas and applied to the BSB for an exemption from vocational training. The BSB refused to grant the exemption,  and the decision was upheld by an independent decision-making body. 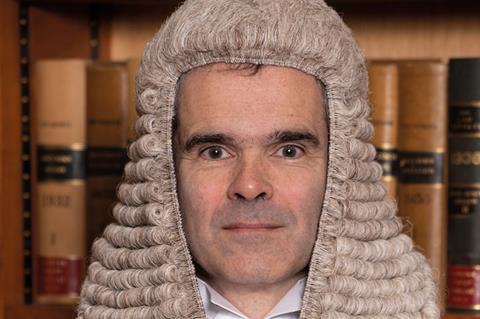 Eve lodged a High Court appeal on the grounds that the reasoning was inadequate or defective in both decisions.

In judgment, Mr Justice Griffiths said the original BSB decision ‘effectively provided no reasoning at all’, while the independent decision-maker 'doubled-down on the reasons in the original decision and added nothing to them'.

‘I have no hesitation in rejecting the suggestion that the BSB was under no general obligation to give reasons,' he said. 'In considering the application for exemption, the BSB was discharging a quasi-judicial function, from which there was a right of internal appeal... and a statutory right of appeal to the High Court. It was essential that the reasons should be clearly identified and stated.'

The judge added that the application had been ‘been forced on [Eve] by a misfortune, indeed an injustice, for which he was not responsible, namely the incorrect decision to prevent him completing his BTPC in the first place. He had paid a substantial fee of £440 for his application, and he was entitled to have it seriously considered. In order to demonstrate that it had been seriously considered, some reasoning which went beyond stating the conclusion was essential.’

The case was remitted to the BSB for fresh determination.

A spokesperson for the BSB said: ‘The judgment identifies lessons from which we can learn and we will be reflecting on those over the coming weeks.’