A network of women judges is raising funds to support Afghan colleagues as the first woman president of the UK’s Supreme Court added her voice to growing calls for urgent support.

The International Association of Women Judges says its fundraising efforts will provide direct aid to Afghan members in desperate need and support the work of the IAWJ Afghan Women Judges’ Aid Committee.

The committee needs funds for translation, interpretation, logistical and administrative support to provide direct aid to members and their families in Afghanistan. ‘Our interpreters and our IAWJ staff have offered their time and expertise to meet this urgent need and we would like to compensate them through unrestricted funds. If we collect excess funds, we will use these to support women judges globally who find themselves in need,’ the committee said. 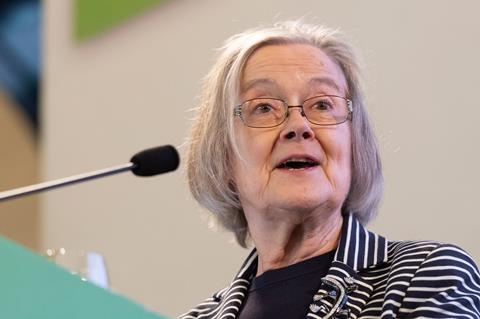 Baroness Hale says female colleagues have cause to be fearful

Baroness Hale, honorary president of the UK association, said: ‘Women judges in Afghanistan have played a significant part in developing the rule of law and respect for human rights over the past 20 years… With the return of Taliban rule, we are profoundly concerned for the safety of women judges and their families, and indeed all judges, in Afghanistan. By serving as judges and helping develop the Afghan judicial branch, women judges have helped establish the rule of law in their country, as Afghanistan worked towards a democratic society. A strong and independent judiciary is the cornerstone of democracy.

‘Members of the Afghan Women Judges Association report that they love their country and do not want to leave. For some, though, the threat to their safety and that of their families is overwhelming. They have good cause to be fearful. On 17 January 2021, two women High Court judges were murdered in Kabul on their way to court and many have been subject to threats and intimidation.’

The UK association urged peace negotiators to ensure the rights of women and girls are safeguarded.

Baroness Hale added that the UK association joined its sister organisations ‘in calling for urgent, meaningful and sustained support for the judiciary in Afghanistan, and especially for Afghan women judges and their families’.