A group of black and brown inn members has criticised Middle Temple for giving Metropolitan Police commissioner Cressida Dick a platform to discuss policing during the Covid-19 pandemic.

The Black, Brown & Racialised Groups (BBRG) Inns Alliance said 150 lawyers and law students signed its open letter, which the alliance posted on Twitter hours before the commissioner delivered the treasurer’s lecture yesterday evening. The event was for members only.

In the letter, dated 2 October, the alliance asked Middle Temple to withdraw the commissioner’s invitation. 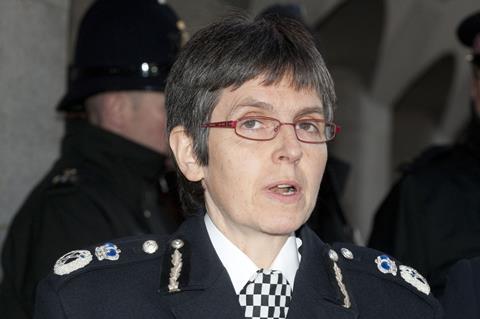 The alliance said the death of George Floyd in the US ‘forced us to examine and confront police brutality on our own doorstep, as well as the racist architecture of other institutions in the UK’.

On 10 June, the master treasurer for Middle Temple, Sir Brian Leveson, issued a message stating that ‘events throughout the world over recent days have caused the inn… to reflect and to review again our approach to diversity'.

The alliance said the inn’s decision to host the commissioner undermined Leveson's message. It was also concerned at the framing of the event. ‘In our view, to provide the commissioner with a platform to speak about the “challenges to policing during the pandemic” (our emphasis) when she should be held accountable for the “challenges” policing poses to black communities, both now and historically,’ the letter said.

Hosting the event, the alliance said, ‘wholly undermines any effective anti-racist work the inn could be doing and the renewed confidence its black members may have had in its more recent efforts’.

The alliance noted that the commissioner is a honorary bencher of Middle Temple. ‘However, holding and exercising such honours surely carries with it responsibilities to safeguard the values and integrity of the inn’.

A spokesperson for Middle Temple told the Gazette that the lecture was planned in February and the subject matter was 'clearly of interest' to members as more than 200 attended the virtual event.

The spokesperson said: 'The letter from this organisation - hitherto unknown to the inn - was received on the preceding Friday afternoon. Its content was considered by senior benchers, but it would have been wholly inappropriate to cancel the event at that point. However, an undertaking was given to ensure that questions of relevance were put to the commissioner.

'Four questions were posed by the group, which were all aired during the comprehensive Q & A session through the treasurer. The commissioner also invited the group to follow up issues they had with her at Scotland Yard in the future. The inn has a strong commitment to promoting racial equality and were glad that the commissioner engaged so readily on these matters of huge importance.'