Big Four muscle in on new type of City work

Big Four accountancy firms have abandoned plans to ‘be like law firms only bigger’, instead focusing on work that traditional City firms turn down in a drive to disrupt the market, a report has found.

However, the report suggests that accountancy firms are not interested in large, one-off matters such as major acquisitions. Instead, they are focusing on ‘run-the-company’ work such as the integration of contracts and policies in the wake of an acquisition.

‘The Big Four can offer a far higher integration of technology, project management and process management; they employ a huge number of people across a huge range of specialties and they are way more global than even the most global law firm,' said report author David Wilkins, professor of law at Harvard Law School. 'This is why, for many kinds of issues that companies face, it’s a very attractive offering'. 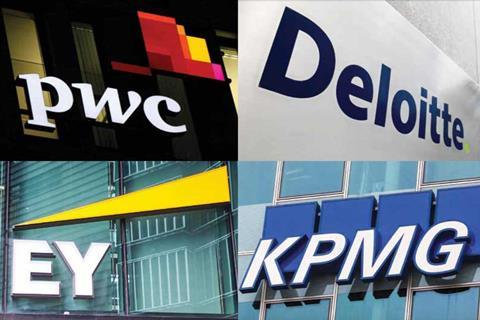 However, Brad Blickstein, co-head at legal consultancy Baretz+Brunelle, said large practices – as opposed to mid-sized ones – could come under increasing pressure from accountancy firms.

‘If you’re doing business with a mid-size firm, there is a reason you are; it’s either because you like their cost profile better or the right attorney is there,’ he said. ‘The big law firms look like each other, but the mid-sized firms have already staked out some competitive differentiating ground.

'Organisations are no longer forced to go down the traditional law firm route, especially if the Big Four are offering tech‐enabled solutions that are better value for money and can be done in half the time,' adds Fiona Maxwell, a correspondent at regulatory news publication MLex. 'If an organisation is working with one of the Big Four for their audit, tax or consultancy work — why not add on legal services as well?'