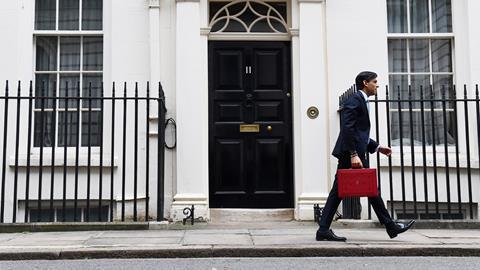 Companies with profits of more than £50,000 - including law firms that have incorporated - will be subject to higher rates of corporation tax from 2023, it was confirmed today.

Chancellor Rishi Sunak announced in his budget speech that tax will increase from the current 19% to 25% for companies recording annual profits of at least £250,000. Increases will be tapered for companies reporting profits of between £50,000 and £250,000.

According to the SRA's regulated population statistics, there are more than 5,000 law firms that are incorporated companies - making up half of the total number - and that pay corporation tax. It is not recorded how many would fall within the higher tax threshold.

Sunak said the increase to 25% will still leave the UK with the lowest rate of corporation tax in the G7, and was needed to support the country’s recovery from the Covid pandemic.

Corporation tax only applies to companies, so law firms operating as sole-traders, partnerships (including LLPs) will not be part of that increase from 2023.

There remains the possibility of further further to the UK's tax regime over the coming years as the government seeks to bring down debt levels accumulated during the pandemic.

Tim Snaith, partner at national firm Winckworth Sherwood, said: 'In a number of ways, the budget did not have the sharp teeth so many feared. There was no mention of a wealth tax, no wholesale reform to the inheritance tax regime, no sign of the increases in capital gains tax that were thought inevitable and an extension to the SDLT holiday.'