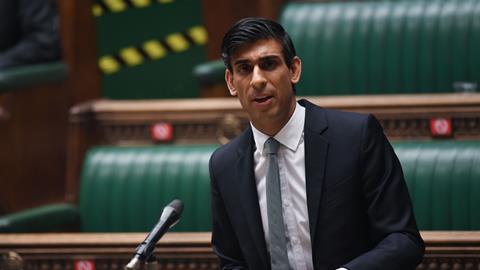 Delivering his budget statement to the Commons at lunchtime today, the chancellor said the stamp duty land tax break would now end on 30 June instead of 31 March. To 'smooth the transition back to normal', the nil rate band will be £250,000 - double its standard level - until the end of September. The government will return to the usual level of £125,000 from 1 October.

Under a new ‘mortgage guarantee’ scheme, lenders who provide mortgages to homebuyers who can only afford a 5% deposit will benefit from a government guarantee on those mortgages. A policy paper published by HM Treasury states that the scheme is designed to be a temporary measure and will run until December 2022.

Charley Lowe, an associate at Wedlake Bell, said many buyers may have struggled to complete their transactions by 31 March, which would have increased purchase costs by up to £15,000 or, in the worst case, cause transactions to collapse altogether. A three-month tapered transition period from 1 July ‘will give the property market a chance to maintain momentum’.

Elizabeth Bradley, global head of tax at BCLP, said: 'There will be a huge sigh of relief for those already on track to buy their property as this should avoid a difficult conversation about who was otherwise going to bear the stamp duty cost if they had missed the completion deadline of 31 March.'

Suzi Gatward, a real estate partner at Charles Russell Speechlys, said ‘Today’s decision to extend the holiday gives a boost to the entire property sector, encouraging the continued growth of the housing market to keep the wheels turning in the industry and avoiding a deepening of the housing crisis.’

However, Jeremy Raj, national head of residential property at Irwin Mitchell, said the property sector was already groaning under the pressure of the stamp duty holiday, which will worsen as transactions pick up again.

Ben Carroll, managing director of Enact Conveyancing, said: ‘Our own data suggests that the housing market would have continued to flourish even if buyers could not take advantage of the stamp duty holiday. We saw an almost 60% increase in new instructions in February compared with this time last year and these buyers were proceeding with the knowledge that they, in all likelihood, had started the process too late to meet the previous deadline. Worries that new transactions would decline significantly at the end of the stamp duty holiday are speculative.’

Michael Wistow, global head of tax at McCarthy Denning, said: ‘Governments keep forgetting that reducing tax rates will often raise more revenue as transactions increase - the stamp duty holiday is a case in point - it should be made permanent.’