A former trainee solicitor who claims to have been bullied by a law firm has demanded the Solicitors Regulation Authority overhaul its procedures for dealing with people in her situation.

In a video posted alongside an online petition, Tamara Rossi said the regulator’s ‘fundamentally flawed’ processes are failing the public and people employed in the legal profession.

Rossi alleges she was bullied more than 10 years ago during her time at Blackpool firm Easthams, which has since changed leadership and incorporated as a separate business entity, and says she has pursued two legal actions against her former employers. The firm’s successor practice denies her allegations and says they have never been proven. 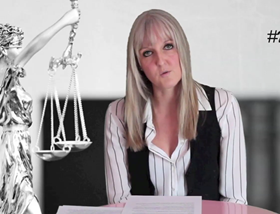 Rossi: 'Bullying in the legal profession is rife'

Rossi alleges she was subject to ‘complex and severe bullying’ in her early 20s perpetrated by one individual, and that she did not receive adequate support when she raised a grievance with her senior partner.

Despite complaints made to the SRA, the most recent in 2016, the 36-year-old says no action has been taken by the regulator in response.

She has created a petition calling for reform of the SRA’s regulatory and disciplinary process, including the establishment of an anti-bullying framework accompanied by precise sanctions for any solicitor in breach of the rules. Those who are shown to be non-compliant, she says, should be subject to penalties that send a ‘clear warning’ to others who display the same behaviour.

Rossi also demands support for victims, including a fully transparent investigation where complainants are regularly updated, and a requirement that firms are required to formally report any accusation of workplace bullying to the SRA.

‘It is well known that bullying in the legal profession is rife, yet there are seemingly vast and recurring failures by the regulators to pro-actively deal with these issues, to put an end to the suffering that is being endured and to protect others,’ said Rossi, who is now a mediator.

Since being posted earlier this week, the petition has attracted almost 200 signatures and been reported in local media.

The SRA has yet to formally respond to the Gazette’s approach for comment.

Easthams Solicitors Limited said there has never been a hearing to adjudicate Rossi’s claims, made after she worked at its predecessor practice, and her allegations have always been denied. The former senior partner referred to in her video was removed from the roll in 2007.

The firm added: ‘Easthams Solicitors Ltd has anti-bullying procedures in place and does not condone bullying in the workplace or at all.’