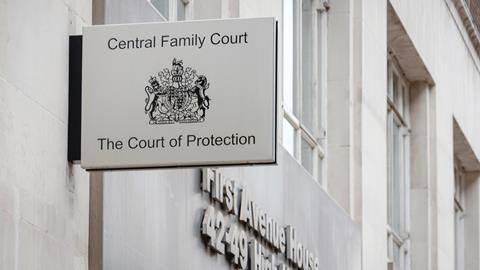 The long-awaited review of transparency in the family justice system has been welcomed by some lawyers, although concerns have been raised about the potential impact of greater openness on children and families.

The president of the Family Division Sir Andrew McFarlane has proposed that the media should be allowed to report court hearings more fully and called for ‘a major shift in culture’ in order to increase transparency and public confidence in the system.

McFarlane recommended reform of the automatic statutory reporting restrictions on family proceedings set out in section 12 of the Administration of Justice Act 1960, which effectively prevents contemporaneous reporting of most family cases without the consent of the judge.

He also proposed the publication of more family court judgments, greater communication between judges and the ‘compulsory’ collection of case data.

The Transparency Project, a pressure group working to make family law and courts more open, said it was ‘thrilled with this outcome’ and that the review ‘will make family justice better’.

Barrister Charlotte Proudman from Goldsmith Chambers hailed the review as ‘brilliant’, saying: ‘Openness must be the norm. We need more media reporting and judges need to publish their judgments.’

Justice minister Lord Wolfson (David Wolfson QC) said: ‘This government is committed to increasing transparency across the justice system. I look forward to working with the judiciary to improve access to the family courts while also protecting children and families.’

The transparency review was also cautiously welcomed by the Children and Family Court Advisory and Support Service (Cafcass), which said it ‘supports the principle of increasing the public’s understanding of the family court and how it reaches the decisions it makes’. However, Cafcass said that ‘any increase in the transparency of the family court process and decisions must be balanced against what is best for the children and young people going through proceedings’.

Specialist family lawyer Mark Harper, a partner at Hughes Fowler Carruthers, warned that the outcome of the transparency review ‘opens the door to potentially dangerous outcomes for children’ and risked making ‘one of the most difficult times of their lives made publicly available for years to come’.

Harper accepted that the law as it currently stands is ‘a mess’, but added: ‘Justifying decisions in children’s cases should not take priority over protecting children and the identities of them and their parents.’

Family law barrister Sarah Phillimore from St John’s Chambers also sounded a note of caution, saying: ‘I will of course be delighted if steps can be taken to increase public trust and confidence in a vital system. But I think it ignores one fundamental principle of human psychology – we believe what we want to believe and see what we want to see.

‘Research demonstrates that providing people with facts to debunk their conspiracy theories simply causes them to dig deeper into their delusion. And if resources are not provided to enable more judgments to be published, they will not be. Judges simply have no time.’

Alan Bates, a barrister at Monckton Chambers, also welcomed the review but said it would not tackle ‘the system’s biggest issues’. ‘The biggest injustices in the family court are due to inordinate delay and failure to deal with private law children cases efficiently and robustly. The press can already report these problems,’ he said.