Transparency to be ‘new norm’ in Family Division - McFarlane

Openness in the family justice system should be regarded as ‘the new norm’, the president of the Family Division said yesterday, proposing that the media should be allowed to report court hearings more fully.

In a long-awaited report on transparency in family proceedings, Sir Andrew McFarlane calls for ‘a major shift in culture’ in order to increase transparency and confidence in the family justice system, which has long been dogged by allegations of secrecy.

‘The present system doesn’t allow anything other than limited, generalised reporting and so the sobriquet of the secret family court is regularly used and I can understand why,’ McFarlane told journalists.

The publication of the transparency review, In Confidence and Confidentiality: Transparency in the Family Courts, follows at least three decades of debate about openness in family proceedings, during which time ‘the pace of change has been glacial’, McFarlane said. The issue of transparency has been ‘rumbling on continuously for 30 years and maybe longer and it has never been properly addressed’, he added.

McFarlane recommends reform of the automatic statutory reporting restrictions on family proceedings set out in section 12 of the Administration of Justice Act 1960, which effectively prevents contemporaneous reporting of most family cases without the consent of the judge. 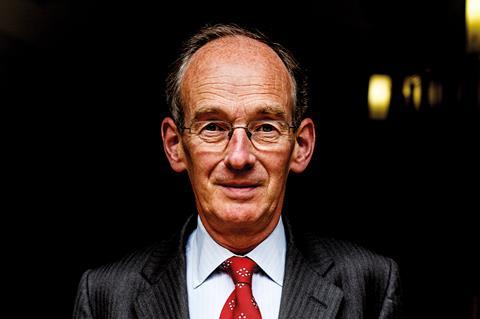 McFarlane has called for ‘a major shift in culture’ towards transparency

Rules which ‘mitigate’ the effect of section 12 on reporting family proceedings can be made without the need for legislation, McFarlane suggested, but he also called for the government and parliament to give ‘urgent consideration’ to a review of the provision.

‘The time has come for accredited media representatives and legal bloggers to be able, not only to attend and observe family court hearings, but also to report publicly on what they see and hear,’ McFarlane said.

He acknowledged that some family court judges might be ‘apprehensive’ about the impact of the changes, adding: ‘No one likes change and I will have to try and bring judges along with me’.

McFarlane also recommends the publication of more judgments and will ask all family judges to publish ‘at least 10% of their judgments each year’, a figure he said may be seen as ‘very low’ but is nonetheless ‘a very significant increase on the present output’.

The transparency review also calls for greater communication between judges and journalists and changes to the Family Procedure Rules to allow parties to family proceedings to communicate information about their case to journalists.

McFarlane also proposes the ‘compulsory’ collection of case data, which could be ‘transformational in terms of understanding the decisions that are being made’.

He was clear, however, that ‘greater openness must not be at the expense of the interests of children’ involved in proceedings. McFarlane said: ‘I don’t see being more open as being directly in conflict with the principle that we must maintain confidentiality around individuals’ private information. It is possible, it seems to me, to do that.’