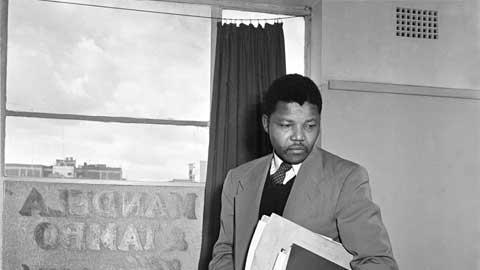 Law Society president Nicholas Fluck has led tributes from the legal profession to the life of Nelson Mandela, former president of South Africa.

In a message of condolence on behalf of the Law Society Council, the chief executive and office holders, Fluck said: ‘Nelson Mandela was a lawyer. He spent his life defending human rights and the rule of law. He campaigned for democracy, freedom and equality under the law. There are lawyers around the world who still put their lives on the line to do that. I am sure I speak for the whole profession when I offer our condolences to his family and his fellow citizens of South Africa who have all benefited so much from his leadership and compassion.’

Council member David Greene added: ‘At a time when lawyers are much maligned and the government seeks to cut down the rights of the accused, while we seek to defend those rights, let us not forget that Mandela, like Gandhi, was a lawyer first - seeking to defend human rights and the rule of law. Mandela makes us proud to be lawyers. We are members of a great profession.’

Council member Nwabueze Nwokolo said: ’He leaves the world a better place. He taught us humility, compassion and a profound love for humanity. Communication, conciliation and forgiveness were his constant tools of engagement. May his soul rest in perfect peace.’

‘His family and his nation will mourn now - we too mourn,’ another council Tony Russell commented, ‘but may I suggest that, before we reflect, we celebrate. One of his trademarks, and no doubt one of his greatest weapons in leading the way to reconciliation, was his broad, infectious , disarming smile. That showed his humanity and his humility.’

The negotiation of a new constitution was central to South Africa’s transition from apartheid, and Mandela resisted pressure to enshrine protected rights for the white and Asian minorities in the new constitutional setup, reasoning that the country could never again have a constitution where rights were based on race or ethnicity.

Respected South African jurist Albie Sachs was involved in drafting the constitution, which also placed a strong emphasis on the role of the courts and the rule of law. While in London last year to speak at Chancery Lane’s annual human rights conference, Sachs told the Gazette: ‘The strength and independence of the courts was vital to give credibility to the constitutional project.’ The courts can only live up to this role, he added, with the support of a ‘strong civil society’ and a ‘strong legal profession’.