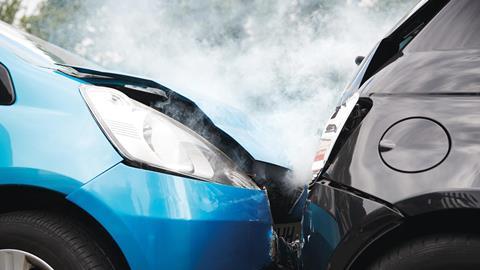 An insurer has urged the claimant personal injury sector to do more to root out fraudsters, after a fixer was jailed for orchestrating fake passenger crash claims.

Martell Randall, from Wandsworth, was jailed for six months at Kingston Crown Court earlier this month for conspiracy to commit fraud by false representation.

Data downloaded from the 30-year-old’s phone had showed that Randall organised false claims by adding phantom passengers to six genuine road traffic collisions. Police said he and his associates exploited these legitimate accidents and the claims of honest customers for their own financial gain, with the potential losses to the insurance industry running to more than £25,500.

A review of messages on Randall’s phone revealed that he was supplying an individual named ‘Steve’ with personal details of associates, including names, addresses, bank details, telephone numbers and photographic identification. These details were used to submit late, bogus personal injury claims, with claimants appearing to be complicit and aware of the deception. Some of the claimants named in the correspondence also featured in multiple claims submitted to various insurers.

Randall also sent further messages to fraudulent claimants on how to behave during medical examinations.

Statements taken from the original claimants who were involved in the genuine incidents confirmed they had never heard of the individuals alleging to have been passengers in their vehicles at the time of the collision.

Randall was also found to have invented a collision involving an unknowing member of the public, detected when an insurance company received notification that a woman had been a passenger in an accident in Oxford in 2015. It was the same woman who said she had been involved in an incident a year earlier, and when the insurer approached the client about the accident she confirmed she had never been to Oxford or been in a collision, and in fact her vehicle was parked at home at the relevant time.

Matt Crabtree, head of financial crime strategy at insurer LV+ General Insurance, said this was another example where victims of identity fraud had been targeted by organised criminals.

‘The industry has an important role to play to stop fraud in its tracks,’ said Crabtree.

‘Carrying out due diligence and ‘know your client’ checks by claimant’s solicitors and claims management companies is part of that important process, to help support insurers and spot fraudulent behaviour so that we can all protect innocent victims.’