Satisfaction levels among consumers of legal services have reached an all-time high - despite many being unable to see their lawyers in person.

The Legal Services Consumer Panel tracker survey found that consumer satisfaction with the service received was 83% this year, compared to 79% in 2012 (when the survey was first carried out), and satisfaction with the outcome was up from 84% to 89%. Overall more consumers told pollsters they were very satisfied.

The results, based on surveys with 3,500 consumers, are notable partly because most legal services have been provided remotely, with restrictions in place on office working and client meetings for much of the last year.

Most consumers say the overall service and advice provided was good value for money, compared to just 9% who described it as poor value for money. Satisfaction with value remains highest among those dealing with commoditised matters such as will writing, and lower for people involved in issues such as family matters or injury claims.

Despite largely positive consumer feedback about their legal services provider, the panel said it was ‘disappointing’ that consumers still rely on ‘gut feeling’ and subjective recommendations as indicators of quality when choosing a lawyer. But consumers do not appear to share the consumer watchdog’s misgivings about choice: 74% felt they had a wide range of choice when picking a lawyer – a proportion which has increased in recent years. 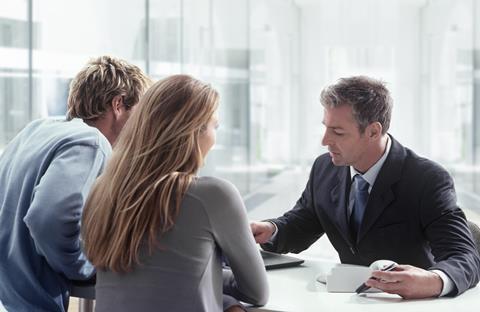 When choosing a lawyer, reputation is a factor for 80% of consumers (in 2012 the proportion was 73%), with price, specialism, speed of delivery and locality/convenience also in the top five reasons for picking a provider. Less than a third of consumers (30%) say they shop around before choosing a provider, although this has increased from 22% in 2012.

Sarah Chambers, chair of panel, welcomed that legal services providers were able to react to the pandemic by substantially increasing their offer of online services.

‘Going forward,’ she said. ‘We encourage regulators to support providers in continuing to be creative in how they deliver their services, taking the needs of all their customers into account. While shopping around has increased over the last ten years, past experience or personal recommendations have remained the most popular ways to choose service providers, highlighting the importance of providing every client with a high quality service.

'Providers and regulators must now work harder to develop objective indicators of quality to empower clients with the information they need.’