The government has reiterated its commitment to reform the clinical negligence system but remained tight-lipped about the exact nature of its wishlist.

Responding briefly to a report on maternity services by the parliamentary Health and Social Care Committee, the government confirmed plans to consult on the next steps to address the costs of clinical negligence.

Decisions on next steps will be taken following the consultation, but health ministers will be conscious of the committee’s recommendations for an overhaul of both the dispute resolution process and the way in which damages are calculated.

Earlier this year, MPs urged the government to effectively end any adversarial element of the clinical negligence sytem, by awarding compensation for maternity cases based on whether an incident was avoidable rather than a requirement to prove negligence.

Speaking in the House of Commons last week, committee chair and former health secretary Jeremy Hunt recalled how most weeks in the job he would sign off a multi-million pound payment to a family whose child was disabled for life through a medical error. This had culminated in the ‘obscene situation’ where the £2.4bn cost of negligence is now higher than the entire cost of every doctor and nurse working in maternity units in England. 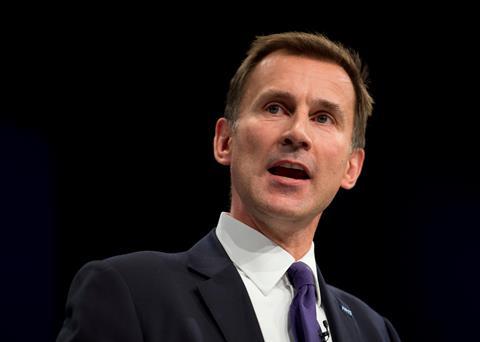 Hunt: 'We need a system where people are entitled to compensation as soon as it is accepted that a mistake was made'

‘Under the law, the only way to get that compensation is if a court agrees that there was clinical negligence,’ added Hunt.

‘Quite understandably, parents will fight to get that compensation and, also understandably, the doctors, nurses and midwives become defensive if they are accused of clinical negligence. It does not have to be that way. We need a system where people are entitled to compensation as soon as it is accepted that a mistake was made without the necessity to prove clinical negligence.’

The committee also recommended bringing costs down by removing the need to compensate on the basis of private healthcare provision where appropriate NHS care was available. MPs said compensation should be standardised against the national average wage to prevent ‘unjust variability’ in compensation payments.

The issue of costs continues to be a major issue, and the government is also likely to consult on an element of fixed recoverable costs for lower-value claims.

The Society of Clinical Injury Lawyers said it remains ‘greatly concerned’ that the government continues to make reference to rising costs, when the figures suggest costs are actually beginning to fall. This also showed that the current strategy of collaboration was working without further government intervention.

Paul Rumley, chair of SCIL, said: ‘Cooperation alone will not achieve what all parties want, which is to avoid errors in the first place. The inability of the NHS and other health systems to learn from mistakes, in a consistent and blame free culture across the whole of the NHS has enormous and tragic consequences for patients and their families.’