An approved budget cannot be re-opened by a costs judge at detailed assessment unless there is ‘good reason’ to do so, the Court of Appeal held today in a much-awaited ruling in Harrison v University Hospitals Coventry & Warwickshire NHS Trust.

In a unanimous ruling, the Court of Appeal expressly backed the reasoning of Carr J in the Merrix case on the same issue, which received a mixed response from the legal and costs professions in February. 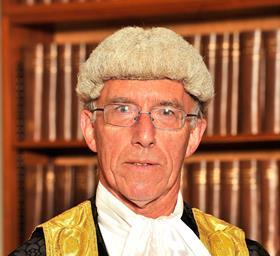 The judge added that it was better not to give ‘generalised’ guidance as to what would amount to good reason, as this could ‘safely’ be left to costs judges in individual cases.

On a second point, the Court of Appeal adopted a different approach in relation to costs that were already incurred before the date of the budget. It said incurred costs should be subject to detailed assessment in the normal way, without an extra requirement of good reason before a costs judge can depart from the amount put forward at the relevant costs management hearing.

Davis LJ said: ‘The costs incurred before the date of the budget were never agreed in this case. Nor were they ever “approved” by the costs management order… Accordingly such incurred costs are to be the subject of detailed assessment in the usual way, without any added requirement of “good reason” for departure from the approved budget.’

Costs expert Professor Dominic Regan told the Gazette it was no surprise that the ‘elegant’ judgment of Carr J in Merrix was unanimously affirmed. ‘But the paying party can take satisfaction from the fact that they have the right to a detailed assessment of costs already incurred,’ he said. Regan added: ‘The timing of this ruling is perfect, in that it provides Sir Rupert Jackson with an opportunity to comment on it, if he wishes, in his report [on the extension of fixed recoverable costs] next month.’