An initiative by local authorities and judges has pushed family courts into the digital age ahead of the nationwide courts modernisation programme.

Guildford and Staines is the latest family court to equip judges and local specialist lawyers with a computerised evidence management and presentation system – paid for by the local authority out of the money it saves from no longer needing to transport mountains of paper evidence to court.

The cloud-based commercial software, CaseLines, is the same as that successfully implemented in the Crown courts under the e-judiciary programme. However, until now family courts have been the poor relation of the drive towards digital working. Family Division president James Munby last year called for ‘more, much more’ to be done to bring family court technology up to an acceptable standard. 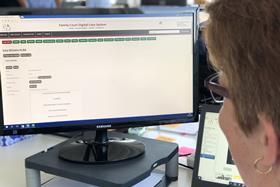 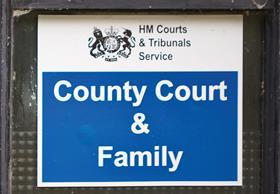 Andrea Kilby, business development manager at Orbis, said the impetus to go digital arose from the need to take on an increasing caseload on frozen budgets. ‘We were printing paper each year the height of the Eiffel Tower,’ she said. ‘So we asked how can we make this process more efficient?’

The CaseLines system allows parties in the case to load evidence documents securely on to a remote cloud server, to be called up by judges on laptops in court – or at home or while travelling. The software presents documents as if they were in a paper bundle, but in a searchable and consistent form. ‘It looks very much like a manual bundle and so it is easy to find your way around,’ Kilby said, but all parties in the case know that they are referring to exactly the same paragraph ‘which doesn’t always happen when everyone has their own set of eight lever-arch files’.

One of the early users, His Honour Judge Peter Nathan, designated family judge for Surrey, described the technology as a ‘huge improvement on paper bundles’, especially for remote working. He told the Gazette that a practice direction requiring no bundles of more than 350 pages is widely ignored: ‘For example my current 12-day case must be more than 1,000 pages. I can’t take that home.’

Implementation in Guildford was simplified by the fact that Surrey is the sole supplier of bundles, Kilby said. ‘Local solicitors also came on board very quickly.’ The system is now being rolled out at Brighton Family Court and is due to be in use by all family judges in Sussex by the end of July.