One of the Coronavirus Act’s most controversial measures has been ‘switched on’ by at least six English local authorities, allowing these councils to suspend social care duties to disabled adults.

Where councils’ directors of adult social care at councils have introduced ‘easements’ to the Care Act 2014, they no longer have a duty to carry out assessments of individuals’ and carers’ needs, the provision of detailed care plans, or the duty to meet the needs of someone assessed as eligible for care and support. These duties are replaced by the ‘power’ to provide support and services.

Birmingham City Council placed a statement online. It said: ‘The local authority will now be streamlining processes under Care Act’.

The Gazette contacted the five other councils, four of which have now sent the Gazette a statement. Solihull’s statement noted: ‘Additional demand for care and support services in Solihull….  Our social work teams have called service users identified as low risk to discuss the impact of reducing their care packages… Some service users have already chosen to cancel their care packages with us because family or friends are able to provide support.’

Middlesbrough’s director of adult social care Erik Scollay said the council had made brief use of easements: ‘Some staff redeployment was necessary to maintain urgent critical services within Middlesbrough Council’s Adult Social Care department… the decision was taken to temporarily delay some scheduled reviews to ensure the sustainability of hospital discharge and other key functions.’

Staffordshire council’s deputy leader Alan White said: ‘We will only use [these flexibilities] where absolutely necessary. This will enable us to maintain care for people at higher risk… The only easement we have had to enact so far is deferring a small number of people’s full Care Act assessments. We are still assessing everyone to ensure that they are properly looked after.’

Sunderland’s statement noted ‘pressure on all care services’, adding: ‘We are looking at easement as part of prudent planning measures.’

The use of easements was raised in an emergency Lords debate on social care yesterday. Referring to the lists of council circulated by charities and previous Gazette coverage, Cross-bench peer baroness Grey-Thompson said the report use of the easements by councils were her ‘biggest concern’. Grey-Thompson asked under-secretary of state Lord Bethell: ‘can he explain how these areas have apparently reached crisis point, such that they cannot carry out their duties to disabled people, but nowhere else has?’ Referring to the lack of a publicly available official list, she added: ‘How are disabled people expected to get advice if they do not know what law their local area is applying?’ 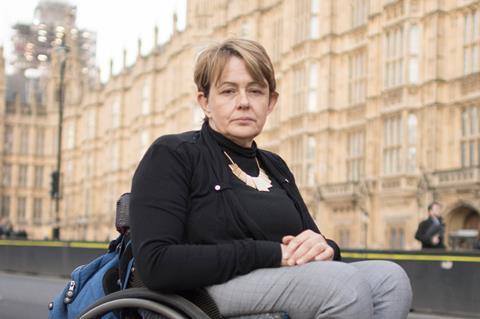 Bethell said that the use of easements by councils ‘does not necessarily mean that they are in crisis’. He added that he supported publication.

Government guidance states that a local authority should only take a decision to begin exercising Care Act easements when the workforce is significantly depleted, or demand on social care increased, to an extent that it is no longer reasonably practicable for it to comply with its pre-Coronavirus Act duties under the Care Act.

Polly Sweeney, partner at specialist public law firm Rook Irwin Sweeney, told the Gazette: ‘Disabled people and indeed, the general public to whom local authorities are accountable, have a right to be informed about such important decisions and how they will affect them.’

She added: ‘The decision of these Councils to depart from such important legal duties, even during these unprecedented times… is of real concern.’