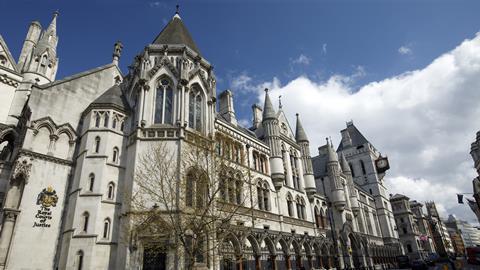 City firm Dechert and its former partner Neil Gerrard have been successfully added to a claim by another firm over allegations of hacking.

The High Court yesterday ordered that Dechert and Gerrard, former head of white collar crime, should be joined as defendants in the claim brought by Stokoe Partnership Solicitors, which is acting for Karam al Sadeq, a Jordanian lawyer imprisoned in the United Arab Emirates. Already included as defendants are private investigators Patrick Grayson and Stuart Page.

Stokoe alleges that they and others assisting Al Sadeq in bringing a torture claim against Dechert and Gerrard were subjected to illegal hacking and data theft attacks. The Honourable Mrs Justice Collins Rice said the claimants’ allegations were extremely serious as they described the hacking of solicitors’ bank accounts by those interested in the success of opposing clients.

Summing up, the judge concluded: ‘The balance in this case must in my view come down in favour of putting the trial court in the best position to assess the totality of the claimant’s case, containing as it does such serious allegations of conspiratorial wrongdoing in a matter going to the conduct of High Court litigation. I am content therefore that that requires the joinder of the new defendants as proposed by the claimant.’

A 10-day trial is set to begin in London next April.

In a skeleton argument submitted by the claimants, it was claimed the proposed defendants were party to a ‘conspiracy’ involving the misuse of confidential information.

It was said that the proposed defendants were neutral as to whether they were joined to existing proceedings or separate proceedings issued against them. Court documents state that the defendants refer to this case as ‘pointless and wasteful’ litigation and that allegations made are ‘speculative and unsupported by any direct evidence of wrongdoing’.

The judge also noted that the existing and prospective defendants strenuously deny any involvement in wrongdoing.