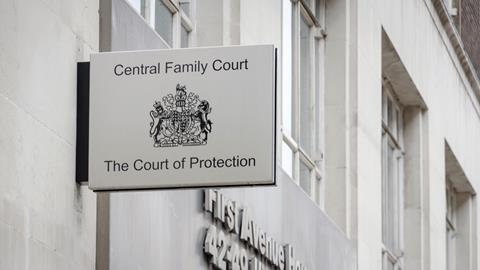 Court of Protection opens door to robes at hearings

Judges and advocates could soon be required to wear robes in Court of Protection hearings at the High Court – to send a clear message that its doors are open to the media and public.

Mr Justice Hayden, vice-president of the Court of Protection, stressed the importance of transparency after public criticism of a court-approved care plan which had resulted in a young woman with autism being sexually exploited by a number of men.

In a hearing last month, he said the plan had compromised the woman’s ‘dignity and safety’ and gave an ex-tempore judgment, subsequently published, so there could be ‘informed public debate’ on the issues the case raised.

In an interview with the Gazette, the judge said he took the unusual step of requiring advocates to be robed, and robing himself, for the hearing in Manchester. At present, he said, ‘some counsel turn up in robes and some in suits and it’s a hotchpotch. So I decided I would signal unambiguously to everyone that we were sitting in open court. I was surprised at the impact it had – but it is a very visible symbol of transparency.’

While CoP courts generally sit in public, the judge said robing would be impractical in the lower-tier courts. As in all CoP courts, the cared-for person’s identity is protected by a transparency order with strict reporting restrictions.

However, Hayden, together with the president of the Family Division, believes the wearing of robes is an important symbol for the most challenging cases. The order is likely to be made by a practice direction.