Court rejects £150,000 costs cap that would have killed off claims

The High Court has refused a defendant’s bid to impose a costs capping order in what is believed to be the first such attempt since the introduction of costs budgeting.

In Thomas & Ors v PGI Group Ltd the defendant applied during a case management conference last month for future recoverable costs to be limited to £150,000. It was accepted that this sum might mean that the claimants would have to discontinue proceedings.

The case involves 31 Malawian women who were employed by a company called Lujeri to work in tea or macadamia nut plantations. The women make allegations of rape by male managers, overseers or colleagues, sexual harassment and other types of sexual discrimination. The defendant is Lujeri’s parent company domiciled in England, which denies it owed a duty of care to the claimants because it did not exercise operational supervision and control over the women’s direct employers.

Mr Justice Cavanagh said the application raised novel and important points of law and practice, being the first time that an application for a CCO had been made in the eight years since the start of the costs budgeting regime. 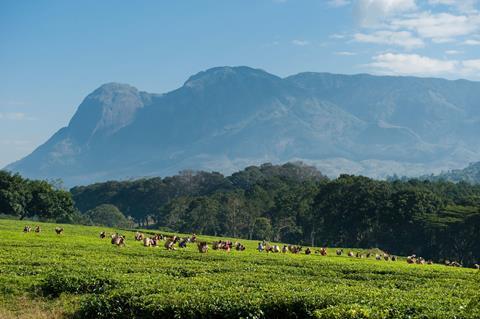 The judge said this was the wrong case to impose such an order and that it would lead to a ‘gross inequality of arms’, given that even if the claimants could struggle on, the defendant’s resources were far greater (its proposed budget was more than 10 times as much).

He stressed this was not a case where a wealthy claimant was deliberately pursuing a low-value claim in order to harass, or to cause as much unnecessary cost as possible. ‘This is a case in which extremely poor claimants are pursuing a relatively low-value claim for a number of legitimate reasons, only one of which is the prospect of damages,’ said the judge.

The claimants have already incurred costs of £1.66m and their costs budget for future costs is £1.5m. The defendant’s costs budget is for almost £2m, of which £750,000 has already been incurred.

Lawyers for the defendant said the claimants’ inability to proceed if the CCO was imposed was not a good reason to refrain from making one. They submitted it was not reasonable or proportionate to proceed, and that if the claimants could not find legal representatives for a maximum of £150,000, that was a sign that this litigation should go no further. It was further argued that the claimants could bring cheaper proceedings against Lujeri in Malawi.

The claimants said this was a ‘lightly disguised’ attempt to strike out proceedings. They said the CCO regime was nowadays ‘effectively otiose’ in light of the costs budgeting regime.