Covid loss policyholders not out of the woods yet, lawyers warn

In a judgment handed down this morning, the Supreme Court allowed all four of the Financial Conduct Authority’s grounds of appeal – with qualifications attached to two of the four – and dismissed the insurers’ appeals.

According to the regulator, 370,000 policyholders holding 700 types of policies issued by 60 insurers may be affected by the outcome of the test case.

Proceedings were brought by the FCA last year under the Financial Markets Test Case Scheme to clarify whether various policy wordings cover business interruption (BI) losses resulting from the pandemic. 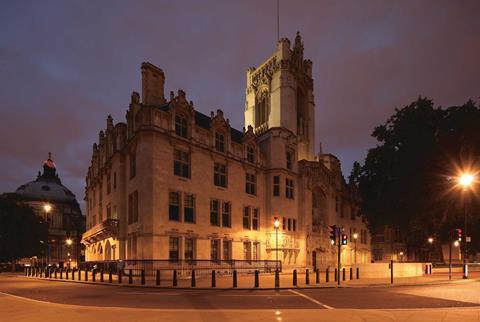 Further arguments with insurers could end up before the courts, solicitors have said in response to today's Supreme Court ruling

While most policies held by small and medium sized enterprises focus on property damage and only have basic cover for BI, some policies also cover BI from causes such as infectious diseases and prevention of access.

Richard Leedham, the Mishcon de Reya partner who acted for the Hiscox Action Group, described the judgment as a ‘massive boost’ to businesses. The 'vast majority’ of policyholders who have non-property damage BI cover will now have cover for losses caused by the government’s national response to the pandemic, he said.

‘The hope and expectation of our clients is that the claim adjustment process starts immediately and that insurers will not continue to cause further distress by further unnecessary delay.'

Ralph Fearnhead, legal director in the insurance disputes practice at Mishcon de Reya, added that many of the firm’s clients are in ‘dire financial straits’ with some already in liquidation.

‘I very much hope insurers won’t start to quibble over quantum and how much they will be paying people. However if insurers’ response is to start quibbling, I hope and expect the FCA to step in,’ he said.

However, Fearnhead warned that the Supreme Court’s ruling – while ‘very clear’ – is ‘the kind of judgment that might lead to follow-on litigation’. Additional damages claims on the basis of unreasonable delay are also likely, he said.

Steven Skiba, legal director at Shakespeare Martineau, said there are still a 'number of grey areas' around challenges to trends clauses and how to interpret policy wording 'where there will be further arguments with insurers that may end up before the courts'.

Insurance company Hiscox said it welcomes the clarity that the judgment provides and that the claims settlement process has begun. 'The outcome of the Supreme Court's judgment confirms that fewer than one third of Hiscox's 34,000 UK BI policies may respond,' it said.