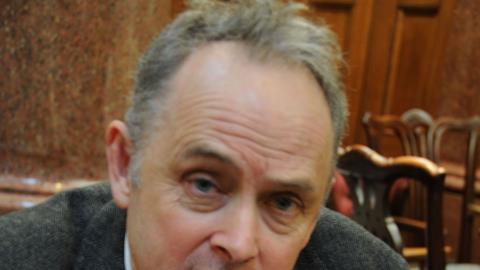 Police forces are not doing enough to encourage crime victims and witnesses to submit their own electronic evidence because of fears about boosting crime figures, according to an independent charity.

Witness Confident has developed a free smartphone app called Self Evident to collect on-the-spot reports of crimes; about half of reports submitted attach evidence such as video footage.

The charity’s director, Guy Dehn (pictured), said: ‘We’re very concerned that the reason police forces are not encouraging people to use an app like this is because they are worried that accurately recorded crime rates might rise.

‘If people are left feeling it’s too much bother to report a crime, and aren’t invited to use a simple method like this to report a crime or send in evidence, then the police deny themselves the chance to catch the offender, to deter repeat offences and to support the victims too.’

A report published by the charity last week calls on the home secretary, parliament, and police and crime commissioners to ‘remedy this oversight’.

The app enables victims and witnesses to record statements, validate the evidence for an insurance or compensation claim, and file a crime report with the police from a smartphone. Evidence recorded outside the app, such as on a camera or CCTV, can be attached. Developed in 2013, the app has over 13,500 users.

A Police Federation spokesperson said forces were ‘constantly looking at ways that new technology can better help’ the public and police officers.