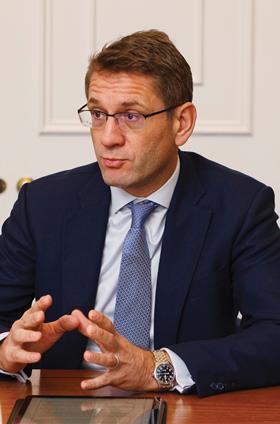 Far-reaching reforms being piloted next year will bring about a much needed ‘change in culture’ in relation to disclosure, Dame Elizabeth Gloster told the Law Society’s commercial litigation conference yesterday.

Gloster, who chaired the working group responsible for the changes, said the current rules made wide-ranging disclosure available in too many cases, and was simply not ‘fit for purpose’.

From 1 January, a two-year mandatory pilot of the new disclosure regime will begin in the Business and Property Courts in the Rolls Building in London, and the regional centres of Bristol, Birmingham, Cardiff, Leeds, Liverpool, Manchester and Newcastle.

While wide disclosure will still be an option in appropriate cases, the new rules force parties to focus on what documents are really needed at a much earlier stage, and seek to avoid making the disclosure exercise any broader that it needs to be. The rules provide a new menu of five disclosure options.

Solicitor Ed Crosse, partner at City firm Simmons & Simmons and a member of the working group behind the reforms, told the conference that the hardest part of the new regime will be the list of disclosure issues that litigators must agree with the opposition. Lawyers must exchange a draft list of issues 42 days after the final statement of case, to be agreed before the case management hearing. If no agreement is reached, the parties will need to apply for a ‘disclosure guidance hearing’ to resolve the issue.

Crosse said: ‘This is likely to be the most challenging part, and there will be a natural tendency to make the list too broad’.

The pilot imposes new duties on lawyers in relation to disclosure, backed by sanctions. These include a duty to ‘take all reasonable steps’ to assist their client in complying with their disclosure obligations; and to ‘liaise and co-operate’ with the opposition lawyers ‘to promote the reliable, efficient, and cost-effective conduct of disclosure’.

Crosse said these duties had been imposed because solicitors had told the working group that they wanted them.

He said: ‘It may seem like turkeys voting for Christmas, for solicitors to be advocating for duties backed by sanctions, but that is the feedback that we got.’

Crosse added that solicitors felt the duties would be helpful where their opponent’s representatives were not co-operating in the disclosure exercise.

Mr Justice Robin Knowles, also speaking at the conference, added that the new regime would provide a benefit ‘in the international context’ by showing that England and Wales had not just tackled the problem, but was at the ‘cutting edge’ in how it deals with disclosure.

The pilot will apply in the Business and Property Courts excluding admiralty, public procurement, and Intellectual Property Enterprise Court cases, and cases under the shorter and flexible trials scheme or subject to fixed or capped costs.

It will be monitored by Professor Rachael Mulheron of Queen Mary University, and if successful, is likely to be adopted more broadly.