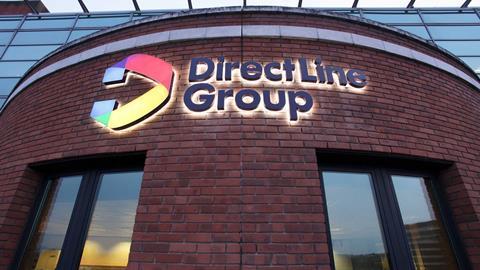 One of the country's biggest motor insurers has reported an enormous rise in profits – one year on from reforms that were predicted to hit the sector in the pocket.

The increase is party due to revising down its profit projections to take account of the government’s decision to change the ’discount rate’ applied to lump sum PI settlements from 2.5% to a top-up of 0.75%. This in turn resulted in a lower than usual profit figure for 2016 as insurers anticipated big losses from higher compensation payouts.

Dividends per share have risen this year by 40.2% to 13.6p per share, and Direct Line added it would pay a special dividend of 15p, up from the 10p it paid a year earlier.

Paul Geddes, group chief executive, said: ‘2017 is the fifth successive year in which we have delivered a strong financial performance. We have seen significant growth in our direct own brand policies as more customers respond positively to the many improvements we have made to the business.’

The insurance industry says businesses have had to set aside large amounts in reserves. However continuing healthy profits will lead to questions about whether further reform of the claims process is necessary.

Last week, Allianz UK announced operating profits for 2017 increased 26% to £121m, but stated the profit figure would have been £22m higher but for the change in the discount rate.

The government is currently considering a new system for calculating the rate, based on rates of return on ‘low risk’ rather than ’very low risk’ investments as at present. This was announced in September but legislation is awaited to effect any change in the law.

Personal injury firm Thompsons Solicitors has criticised insurers for attempting to pressure ministers into making instant changes, and points out that the insurance sector benefitted from the 2.5% rate for 16 years before last year’s change.

Samantha Hemsley, national head of the serious injury and clinical negligence teams, said: ’Insurers like Allianz – who despite their griping still enjoyed a 26% increase in profits to £121m this year - could have put money aside for the inevitability of a discount rate increase.

‘They might also reflect on what policyholders paying ever increasing premiums will think of their appearing to be more concerned with their (hardly meagre and increasing) profits than paying fair compensation.’