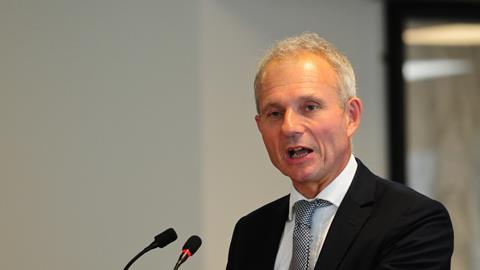 The lord chancellor has set out long-awaited proposals for calculating the ‘discount rate’ applied to personal injury settlements. Under proposed legislation, the rate will be set by reference to rates of return on ‘low risk’ rather than ’very low risk’ investments as at present. The rate will also be reviewed at least every three years.

A statement today said that ministers are keen to engage on the issue ahead of a bill being introduced into parliament. A consultation on the issue closed in May and draft legislation will be published today to change the law.

Lord Chancellor and Justice Secretary David Lidington said:  ’We want to introduce a new framework based on how claimants actually invest, as well as making sure the rate is reviewed fairly and regularly. In developing our proposals, we have listened carefully to the views of others, and we will continue to engage as we move forward.’

The current rate, a top-up of 0.75%, was set by former lord chancellor Liz Truss in February, prompting protests and heavy lobbying by insurance companies. Today’s statement says that, if the new system were to be applied today, the rate might be ’in the region of 0% to 1%’.

The proposals envisage that a review of the discount rate would be started within 90 days of the new law coming into force. The new rate will not apply retrospectively.

The government proposes to review the rate at least every three years in future and create a role for an independent expert panel in the process.

Joe Egan, president of the Law Society, welcomed the pledge to review the rate regularly and to bring in independent experts.

But he called on the Ministry of Justice to commission further and more in-depth research into claimant investment behaviour, and to offer claimants to option of lump sum payments or periodical payment orders.

'These proposed changes to the methodology for setting the rate must not undermine the key principle that those affected should get 100% of the compensation they are owed,' said Egan.

'Those who have suffered lifelong injury need to have reassurance that the sum the wrongdoer is ordered to pay will genuinely be sufficient to meet their needs for the whole of their lives and will not run out leaving them unable to afford necessary treatment and support.

'The needs of people seriously injured through another’s negligence should be considered to at least the same extent as the interests of defendants and the public purse.'

Huw Evans, director general of the Association of British Insurers, said today the decision will prove 'fairer for claimants, customers and taxpayers'.

In a statement, he added: 'The reforms would see the discount rate better reflect how claimants actually invest their compensation in reality and will provide a sound basis for setting the rate in the future.

'If implemented it will help relieve some of the cost pressures on motor and liability insurance in a way that can only benefit customers.'

The Financial Times reported that shares in insurance companies rose on the news, with FTSE 100 outfit Direct Line climbing as much as 4%. Last month Direct Line posted sharply higher interim profits and boosted its dividend, after revealing that the impact of the discount rate change had been less severe than feared. Other insurers followed suit.

Brett Dixon, president of the Association of Personal Injury Lawyers, said the discount rate must be set to meet the needs of catastrophically injured people.

'Someone with a life-long, life-changing injury such as brain damage or a spinal injury cannot afford to take any risks with how his compensation is invested,' said Dixon.

'He needs the money to keep a roof over his head, to fund his equipment, and to feed and clothe him and pay for his care for the rest of his life. We need to examine the detail of the Ministry of Justice’s response, but what I can say is that the new formula for calculating the rate will be critical to injured people.'