DPP urges end to 'stigmatising' terms such as 'lunatics'

The criminal justice system needs to catch up with the rest of society and change its 'stigmatising' attitude towards mental health, starting by getting rid of outdated language, the head of the Crown Prosecution Service chief has said.

Max Hill QC, director of public prosecutions, called for change shortly after revised guidance was published for prosecutors on how to deal with the 20% of its cases that involve victims, witnesses or defendants with mental health issues. 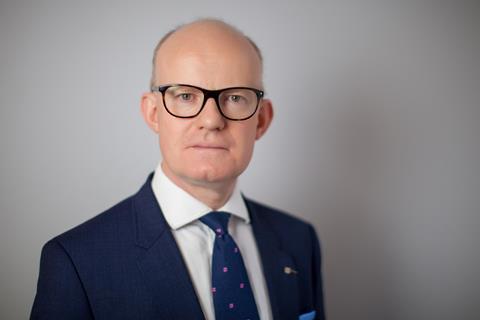 He said: 'We, as a society and as a service, are changing and we are recognising the importance of mental health as well as physical health. But criminal justice has not adapted. It has not moved forward with us. It is stigmatising and it is in need of change'.

Prosecutors have been told not to refer to 'mentally disordered offenders'. However, Hill said 'the simple fact that the law still uses outdated terms such as "lunatics" (Trial of Lunatics Act 1883) is one clear sign this isn't just about policy and practice, it is about bringing our legislation up to date'.

Hill said the defence of plea or insanity was another area 'characterised by outdated and stigmatising terminology'.

The DPP backed a defence proposed by the Law Commission of 'not criminally responsible by reason of a recognised medical condition'.

Closing his speech, he said criminal law had a 'long way to go' to ensure those with mental health conditions in the criminal justice system are being treated fairly.

Hill stressed that he was not suggesting the CPS stop prosecuting people with mental health conditions. 'What we need to be doing is balancing our approach and ensuring that those with mental health conditions, and I'm including victims and witnesses here as well, are treated fairly and proportionately. This is about encouraging the criminal justice system to engage in a debate which, for wider society, is already in full flow.'