Upper Tribunal says 'it would be hard to overstate the impact' of school exclusions 'on this particularly vulnerable cohort of children'.

A court has ruled that schools which exclude disabled children for challenging behaviour that includes a ‘tendency to physical abuse’ can no longer rely on a controversial exemption in the Equality Act’s regulations.

The appeal to the Upper Tribunal related to a child, ‘L’, who had been the subject of school exclusions. L has autism, anxiety and Pathological Demand Avoidance. Until this judgment, schools using exclusions were relying on Equality Act regulation 4(1)(c), which states that where there is ‘tendency to physical abuse’ their disability is not a protected characteristic under the Act.

A First Tier SEND Tribunal had previously decided that L was not ‘disabled’ insofar as his ‘tendency to physical abuse’ was concerned. The education secretary Damian Hinds (pictured) intervened in the case, as did the National Autistic Society (NAS). L’s legal representation was funded by the Equality and Human Rights Commission.

Noting uncontested NAS evidence, Upper Tribunal judge Rowley said: ‘Excluding such children often has a massive impact upon them. They may have struggled to find school placements in the first place and if excluded may struggle to find them again. They may find themselves in pupil referral units with inappropriate peer groups, exposed to significant misbehaviour. They may be out of school for long periods.’

She added: ‘I am driven to conclude that it would be hard to overstate the impact of regulation 4(1)(c) on this particularly vulnerable cohort of children.’

In C&C v The Governing Body of a School, Rowley concluded: ‘When construed in accordance with section 3 of the Human Rights Act 1998, section 4(1)(c) does not apply to children in education who have a recognised condition that is more likely to result in a tendency to physical abuse.’ 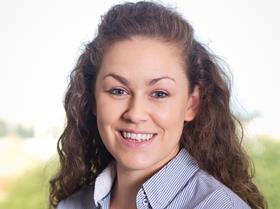 Irwin Mitchell partner Polly Sweeney, who acted for the family, said the judgment 'will ensure all disabled children are afforded the same safeguards, protections and rights under the law regardless of whether their disability gives rise to challenging behaviour'.

Jane Harris, director of external affairs at NAS, said: 'We intervened in this case to try to close a legal loophole, which saw far too many children excluded from school. Before this judgment, schools were able to exclude pupils who have a "tendency to physical abuse", even if the school had made no adjustments to meet their needs... the loophole meant that there was not enough incentive for schools to make necessary reasonable adjustments. And some schools resort far too quickly to exclusions.'

Melanie Field, executive director at the Equality and Human Rights Commission, added: 'The level of exclusions of pupils with a special educational need or disability has risen dramatically in the last few years and they are now almost seven times more likely to be permanently excluded than other pupils. We funded this case as we were concerned that children whose disability can result in them being more likely to be aggressive were being unfairly denied access to education.'

A Department for Education spokesperson said: 'The government is fully committed to protecting the rights of children with disabilities, as well as making sure schools are safe environments for all pupils. We will be carefully considering the judgment and its implications before deciding the next steps.'

The spokesperson added: 'Early this year the government launched a review of exclusions, externally-led by [former children's minister] Edward Timpson CBE, which is looking at how schools are using exclusions and why some groups are disproportionately excluded.'

Clifford Chance, acting pro bono, was instructed by NAS. Browne Jacobson advised the governing body of the respondent school. The Government Legal Service acted for the secretary of state.