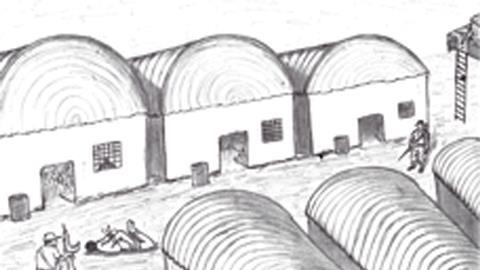 Sketches of allegedly routine torture procedures appear in a report by the Office of the UN High Commissioner for Human Rights on the Horn of Africa state of Eritrea.

‘Conditions in all detention facilities in Eritrea can only be defined as extremely harsh,’ the report notes. ‘Virtually everyone in Eritrea runs the risk of being arbitrarily arrested and detained.’ Few detainees are brought before a court, or told what offences they have committed. It concludes that violations including extrajudicial executions ‘may constitute crimes against humanity’.

The government of Eritrea dismissed the report as devoid of merit and a tool to destabilise the country.