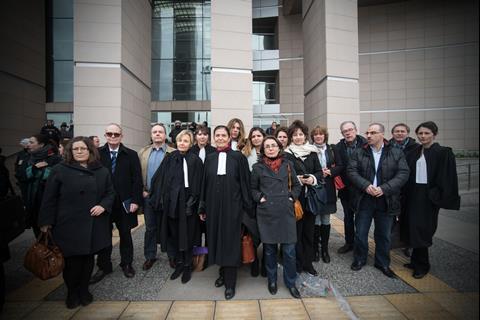 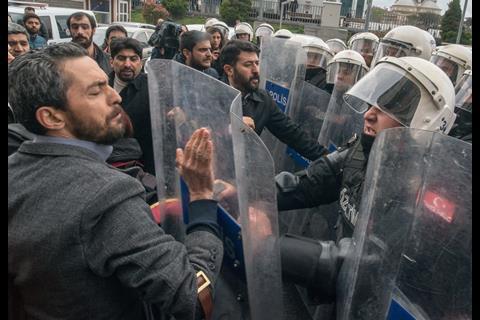 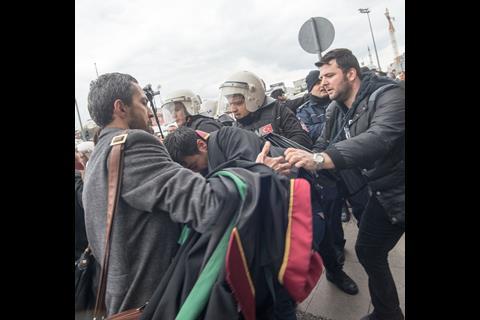 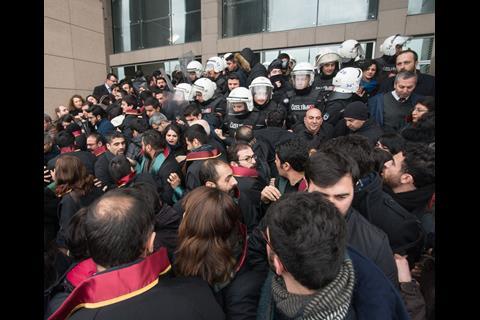 Police in riot gear have attacked an international delegation of lawyers attending the Istanbul trial of 45 colleagues accused of terrorism offences related to their representation of a jailed Kurdish leader.

The delegation of lawyers from France, the Netherlands, Switzerland and the UK was attempting to deliver a press statement outside the central criminal court in Istanbul.

The hearing followed this week's arrest on unknown charges of nine defence advocates for the 45.

In a statement from Istanbul, Tony Fisher, chair of the Law Society’s human rights committee said: 'The hearing was short and was adjourned after representations from the remaining defendant lawyers that they could not defend the defendants adequately whilst their colleagues were in custody.

'They had arranged to make a press statement outside the court after the hearing to protest against the arrest and detention of their colleagues especially having regard to the fact that the arrests had taken place without the consent of the [Turkish] Ministry of Justice whose consent is required before proceedings are taken against a lawyer.

'I had been asked to deliver a short statement on behalf of the international delegation. A large number of police in riot gear were present and interrupted the statement with warnings that the assembly was illegal. Within two to three minutes the riot police stormed the steps from which the press statement was being made and forcibly prevented (with fairly extreme violence) the lawyers from completing their statement.

'The violence addressed towards the lawyers went on for about 10-12 minutes. Police were seen to be carrying tear gas and behind them water cannon were ready to be engaged.

'This is further evidence if any is needed that the security forces in Turkey are now instructed to prevent freedom of assembly and expression even in relation to the profession whose job it is to hold the state to account and protect the rule of law and fundamental freedoms.'

Fisher added: 'The support which the international legal community has shown for lawyers in Turkey who are fighting to maintain the rule of law and respect for fundamental rights and freedoms needs to be intensified and the actions of the security forces outside the central criminal court in Istanbul today should be universally condemned.'