An outspoken former lord chancellor has told legal aid practitioners not to underestimate just how much politicians currently in charge of the country hate lawyers.

Lord Falconer (Charlie Falconer QC), who was lord chancellor between 2003 and 2007, told a packed meeting of the all-party parliamentary group on legal aid last night that the legal aid sector’s problem was illustrated by a tweet posted hours earlier.

Responding to Sunday's terrorist incident in Streatham, south London, the government has announced that it will introduce emergency legislation to end terrorist offenders being automatically released.

Sky News’s political editor, Beth Rigby, tweeted a 'No 10 source' who said: 'People are being let out who are known to be extremely dangerous because of terrible decisions made over the past 15 years and the shocking influence of lawyers on policy. It’s time for a radical change.'

Falconer told the meeting: ‘Do not underestimate the extent to which politicians, and in particular the politicians in charge at the moment, hate the lawyers and will do anything to get lawyers’ views overturned. Our views as lawyers are not for ourselves but for the people we serve.’

Falconer has previously spoken of his regret that his government's efforts to curb the legal aid budget resulted in the public feeling that legal aid lawyers had their 'noses in the trough’. He said yesterday: ‘If you do not do something to reverse the legal aid tanker which has been going down the plughole for the last 10 years we will suffer.’ 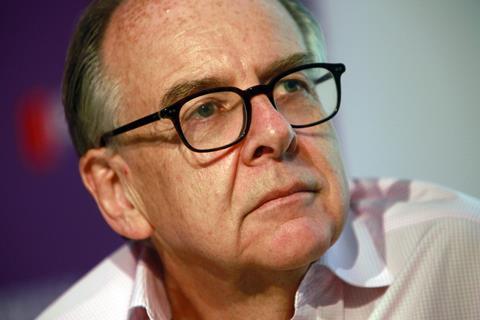 Falconer: politicians and legal aid practitioners must make common cause with Robert Buckland

Conservative MP Bob Neill, who was last week re-elected chair of the House of Commons justice select committee, told the meeting that the Ministry of Justice has suffered by being an unprotected department.

He said: 'We need to make the case that access to a fair justice system… having that properly and adequately funded because it is as much a social service as having adequate and proper schools and healthcare.'

Commenting on the government’s view of lawyers, Neill said: 'I do not take the view that the current leadership of my party hates the lawyers. If so, the prime minister has a funny way of rewarding those particular lawyers. What I do think is a problem, many people across the political spectrum, a lot of people just do not understand.'